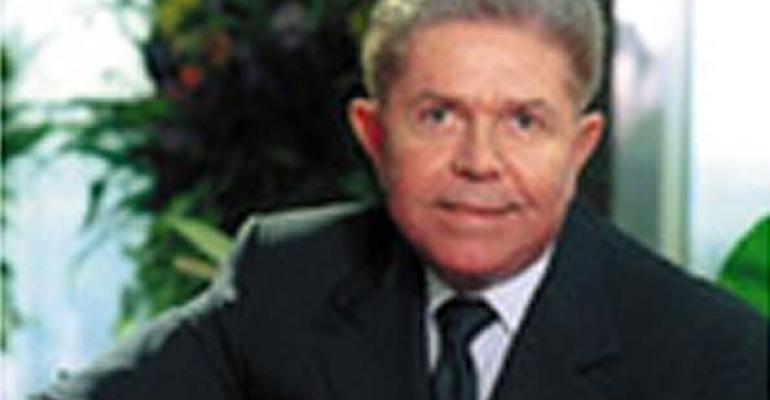 His remarkable career spanned more than 50 years, starting when his parents bought a flower shop for him in his hometown of Bandera, Texas, when he was 16 so he could pursue his interest in floral arrangement.

The business blossomed as he expanded his services to include full event production; he launched the Party & Event Designers in 1989.

As he told Special Events in 2004, he required that clients make big down payments on events before the event took place, a practice that helped ensure all vendors were paid.

In contrast to this practical business practice, Eckhart also used a "high touch" approach in dealing with his employees, providing lunch for them each day. "What we do is sit down as a family, the executive level along with the warehouse level, and we just visit and eat together," he said. "It gives all levels a chance to feel like they're part of something together."

He received a Lifetime Achievement Award from NACE and was honored by the establishment of the NACE Howard Eckhart Hall of Fame.

Event professionals in the Dallas community and beyond have shared their messages of condolence and respect for him:

"I lost my dear friend Howard Eckhart; our industry lost a man that is recognized for his undying energy, passion and contributions to our industry. Howard demonstrated an ability to mentor many young people year after year. For me, Howard was always there to share his ideas and teach the 'newbies' in the industry the importance of creativity, loyalty and to being true to yourself! Personally, he has taught me all of those wonderful and important qualities. I will miss you my friend! FYI, I still have my blinged-out watch you gave me many Easters ago! I love you!"
Paula R. Fenner, CPCE
Director of Catering & Conference Services
The Adolphus Hotel
Dallas

"The passing of a dear friend, trusted partner, master of special events, master florist and Uncle Howard to my children. I am blessed to have known Howard for over 21 years, and we have done so many great events together, from Las Vegas, Dallas and Houston as well as involved in ISES events and Special Event conferences, building and growing a beautiful friendship. On Easter we would always go to Lee Park to picnic, watch the pooch parade and listen to the Dallas Symphony. Howard would always hide Easter eggs for Sasha and Tesh when they were little ones. I know God has called you for his purpose and you are in my heart with so many incredible memories. Dear friend: You will be missed but certainly not forgotten. Rest in peace! Love you!"
Peter Cwalino, CSEP
Consultant

"Howard has been a member of the NACE DFW chapter long enough to have seen the ups and the downs of the chapter. He first joined the chapter during its high point of winning National Chapter of the Year six times during the 1990s. During his tenure, he saw the setback of the chapter after the turn of the century, and yet he held on to his membership while so many around him left the chapter. This resulted in him unknowingly becoming the foundation of the chapter for those years that the chapter struggled to rebuild and get back on top. Like any structure, it is only as strong as its foundation, and Howard's strength, calm demeanor and professionalism were and still are the foundation upon which the NACE DFW Chapter is built upon today."
Terry Shields, CPCE, CSEP
Director of Catering
Rosewood Mansion on Turtle Creek
Dallas

"My first thought about Howard is kind, gentle and just honest concern for you and that everything for your event was done perfectly. Howard assisted me with many events when I was with the Dallas Convention & Visitors Bureau , most importantly, with my daughter’s wedding. There is nothing more important than your own daughter’s wedding. He always made sure he took control of the event so you could easily turn it over to him and never worry again. I knew when I walked into that ballroom, venue or meeting space it would be a 'Howard Creation' and would be absolutely perfect. And it always was.He will be so missed as a genuine friend, colleague, and just a wonderful true gentleman."
Colleen A. Rickenbacher, CMP, CSEP
Colleen Rickenbacher Inc.
Dallas

"Howard was one of the most generous, gracious, and giving people I have ever met. When I first started out in the special events industry in Dallas, Howard encouraged me to attend my first ever Special Event show and then introduced me to fellow event professionals from all over the world. In doing so I made contacts that to this day have helped grow my business. This is exactly the type of thing that set Howard apart; he saw no one as a competitor, but saw everyone as talent that would only help grow our industry and profession. The legacy of Howard Eckhart will live on forever."
Steve Kemble
America's Sassiest Lifestyle Guru
Dallas

"Howard was my friend, my mentor and a true gentleman. He was talented to a fault, and we had many wonderful moments both personally on trips we took; galas and industry events that we attended together, and more and more. He accepted his most recent health issues with dignity, and we had good conversations as recently as last Thursday. He will always be in my heart as one of those people in this industry that I was so fortunate to know."
Bill Pry
Partner Emeritus
BBJ
Chicago

"Howard was the definition of class and I felt so incredibly lucky to have him as a role model in Dallas. He was great designer, but an even better man. Heaven surely has a new angel."
Yvette Audrain CPCE, CSEP
Simply Mox/An Event Boutique
Dallas