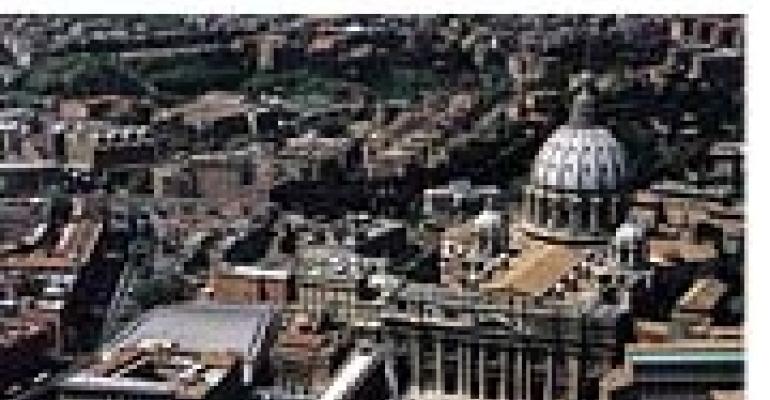 Event planners could take some tips from Roman authorities, who maintained virtually flawless security for Pope John Paul II's funeral on Friday despite an unprecedented assembly of 200 world leaders and roughly 3 million pilgrims. The remarkable influx of mourners doubled the population of Rome, observers say.

"One thing that helped the Roman authorities is their experience in handling large events," notes Michael Hodge, head of security consulting firm Michael A. Hodge & Associates in Dumfries, Va. The city hosted the Catholic Church's massive Jubilee celebration in 2000.

"While this particular event involved a funeral, I'm sure they had a security plan in place to address all the security measures needed, that is, security posts, manpower requirements, access control equipment, etc." Hodge says. "When the security force is trained and experienced, all they have to do is 'dust off' the plan, revisit to add or modify based on new intelligence, and go from there."

Roman security measures included sealing off airspace and patrolling the skies above the city with police helicopters and combat jets. On the day of the funeral, a 16-hour ban on truck and car traffic effectively sealed off the city. An estimated 8,000 security agents were in place for the funeral, according to reports by CNN, including 2,000 uniformed police officers plus 1,400 plainclothes officers patrolling St. Peter's and the boulevard leading up to it. Pilgrims walked through metal detectors at the entrance to St. Peter's Square, and bags were screened by X-ray scanners. Cameras positioned in sensitive areas were linked to some 50 monitors in the city's police headquarters.

In addition, citizen volunteers offered water and blankets to pilgrims.

Chris Rogers, L.A.-based director of risk control for the national entertainment practices group of insurance giant Aon, also credits advance planning as key, along with the initiative of authorities to get the word out about security restrictions. They put "as much information as possible in the press about what would be occurring and when," Rogers notes. "They also made an effort to inform those wishing to view the pope while lying in state when the viewing line would be cut off. Information such as this is critically important in any crowd-management situation. The four most critical elements of crowd management are time, space, energy and information. It appears that they did an excellent job of dealing with all four."

STAVING OFF A 'SURGE'

Although the pope's declining health had made headlines in recent weeks, the tidal wave of pilgrims to Rome caught the world by surprise.

Both Rogers and Hodge acknowledge that the somber mood of the mourners helped avoid some problems. Rogers describes one of the greatest risks to the throngs of pilgrims as a sudden surge, which could result in injuries. However, "The likelihood of that happening was quite remote in this case because of the crowd's temperament," he explains.

Event planners can learn from this event, the experts say. "Do as much pre-planning as possible, and then always 'expect the unexpected'—in this case, the size of the crowd," Rogers says. "Then make provisions to handle whatever happens by getting out as much information as possible."