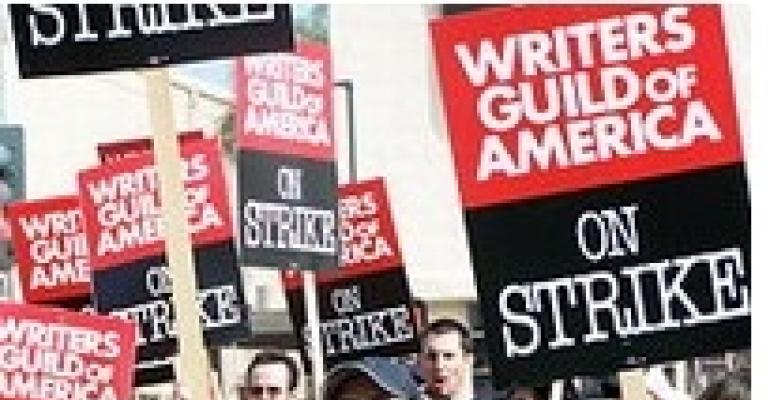 The strike called Monday by the Writers Guild of America has the event industry in Los Angeles keeping a wary eye on the issue as caterers, planners and venue management wonder how long the strike--and its legacy--will last.

A lingering question is what impact the settlement, when it comes, will have on other trade guilds--such as the Screen Actors Guild--when their contracts expire.

So far, the reaction to the strike has been mixed, with some event professionals already feeling the impact while others are unaffected.

The turmoil in Hollywood "doesn't really affect our core business," says Andrea Michaels, head of Sherman Oaks, Calif.-based event company Extraordinary Events. If anything, a fresh crop of out-of-work entertainers "just means there will be more talent available to us for corporate events," she says.

Caterer Cathee Hickok, with Canoga Park, Calif.-based Renaissance Caterers, agrees. While she has seen no affect yet on her business, "The one faction that we have heard from are staffing personnel, whose 'other jobs' working for production catering/craft services or as actors/extras are compromised, and they are concerned about filling up what could be some serious empty hours."

But other event pros are already feeling the heat.

Los Angeles-based event designer Charles Banfield says 35 percent of his business is related to the entertainment industry, and one holiday party that was pending canceled yesterday. Also, "I have a couple that is in television--actors--who have postponed their wedding plans until things settle," he says. "I imagine [the strike] will really rock the L.A. industry; we will all feel the pinch."

Pasadena, Calif.-based Marley Majcher, founder of the Party Goddess, says only 10 percent of her business is based on the entertainment industry, and so far, no events have been postponed or canceled. Instead, she has felt the impact of the strike in another way: "We had to take some special steps last week because the prop houses and some of our vendors were so busy trying to get orders pushed through their system pending the strike that it took a lot longer to get sales people, orders placed, etc., even though our events weren't for industry people."

Joann Roth-Oseary, head of Tarzana, Calif.-based catering company Someone's in the Kitchen, has not yet felt any pressure from the strike. "Our holiday season is still booking, so we're not sure yet what full impact will be," she explains. She is pushing her sales staff "a bit more aggressively," she says, to close their holiday business.

She predicts that it's only a matter of time before much of the Los Angeles market starts to feel the impact of the strike. "All of this town depends heavily upon the industry," she says. "It may not seem so direct but the effect will ripple through our entire community. The writers are one spoke in the wheel, but when the wheel is broken, we will all feel it."