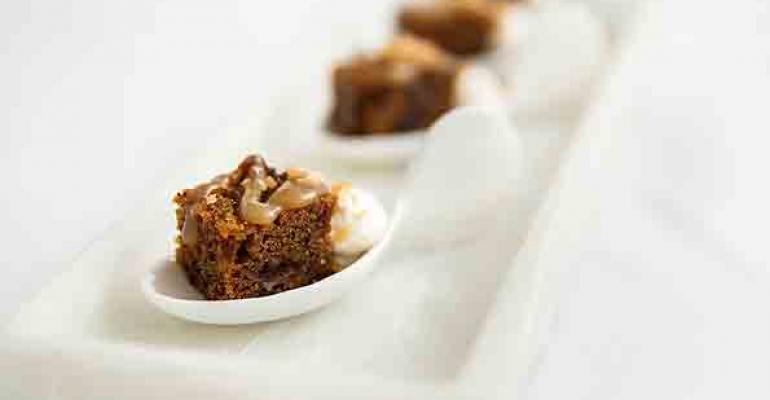 A whopping 75 percent of off-premise caterers responding to an informal poll say that 2013 holiday party business will be up this year over 2012.&nbsp;

Of caterers saying their business will be better this year, the average improvement predicted is 7 percent over last year. But this figure varies widely among respondents.

For example, Warren Dietel of Puff 'n Stuff Catering of Orlando, Fla., says "We are projecting 10 percent growth over 2013. If everything goes as planned, I expect it to be the biggest month in company history."

"Business in Silicon Valley is way up over last year, but still most of it is last-minute business," he says. "If you would have asked me on November 1st, I would have said it looks about the same, but we have booked so much in the past month, we are up over 70 percent from last year! And budgets are bigger than a few years ago--not crazy spending, but increased for sure."

NOT ENOUGH DAYS For caterers reporting a soft holiday party forecast, the primary culprit is the short holiday season this year, with only a month between the traditional American Thanksgiving and Christmas.

"The problem with 2013 is the short holiday season," says Lee Gregory, executive vice president with McCall Associates of San Francisco. "There are only two real holiday weekends for corporate events due to the very late Thanksgiving. We had to say 'no' to so many outstanding parties requested for Dec. 14. We told corporate clients for a year to plan early, but they just didn’t listen."

And as the old saying goes, "all politics is local," and catering issues can be local, too.

Mark Michael, co-founder of Washington-based Occasions Caterers, must deal with the wacky world of politics. "We are tracking almost identical to last year. We have more events but, in general, the guest counts are down a bit," he says. "Several of the very large events are not happening as a result of the sequester cutbacks in the defense sector."

LET'S GET COMFORTABLE As far as catering trends for holiday parties this season go, the keywords are "comfort," "tradition" and "dessert."

"This year, we saw a lot of clients move away from the traditional seated dinner to stations, which allows them to incorporate more interactive elements to the event," notes Annette Andrews, director of marketing with Ridgewells of Bethesda, Md. "It also offers a more casual setting and gives guests the opportunity to mingle more. Comfort foods seem to be still on trend, and clients love our popcorn and candy stations, as well as milk and cookie to-go stations."

GIVE ME THAT OLD-TIME TRADITION The 2013 holiday season seems to be bringing back some higher end, traditional elements that faded away in recent years.

Carla Felicella, who handles marketing for Culinary Capers Catering of Vancouver, British Columbia, says her clients are calling for traditional holiday dishes in miniature versions this year. The company has done well with hors d'oeuvre including roast turkey on miniature Yorkshire puddings with thyme, sage and cranberry gelee, and tiny Yorkshire puddings topped with beef tenderloin and creamy horseradish.

"Linens are back in New York after a five-year absence," notes Frank Puleo, head of New York's Catering by Framboise. And, "Yay for flowers. They were luxuries for the past few years and are now necessities again. And candles rule."

DON'T SKIP DESSERT! A strong theme this holiday season is the demand for dessert at year-end parties.

Desserts are "big" this year, says Alexis Kolpak, event coordinator with Los Angeles-based Along Came Mary, especially those flavored with peppermint, chocolate and "the biggest—salted caramel!"

Some of the dessert demands have surprised caterers.

"Just when I thought chocolate fountains were dead, we have clients requesting them," Casella says. "Really?"