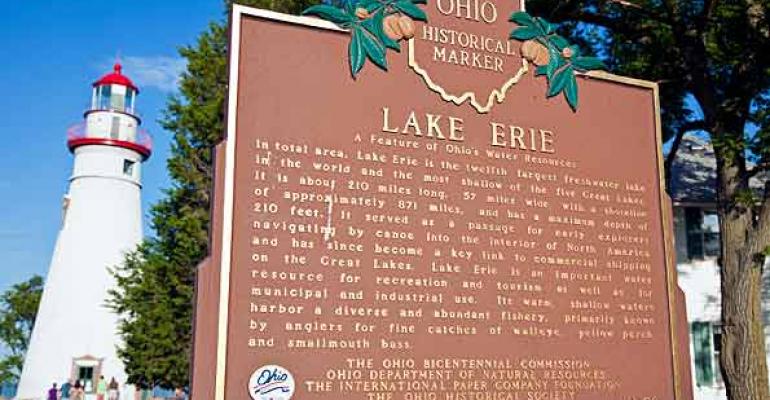 The event industry in Toledo, Ohio, was left high and dry over the weekend when city fathers—alarmed by toxins in the water supply caused by an algae bloom—imposed a two-day ban on drinking and washing with city tap water. The ban went into effect early Saturday morning but was lifted on Monday morning.

Event pros did what they always do when the unexpected problem crops up; they adapted their plans and kept moving forward.

HIT THE ROAD FOR WATER The hotel hand-delivered letters about the ban to each guest and posted signs throughout the property. Next, hotel general manager Rick Dinan hit the road, stocking up on bottled water from every store he could find, even driving 45 miles away to load up.

"We were fortunate that we did not have to cancel any group functions or dinners, due to the water on hand and what was acquired by our general manager," Sheerin says. Although guests at first were shocked, "Once they realized it was city-wide and not the hotel only, most were very understanding," he adds, although, "As with everything, there were a select few who didn't understand why we were not exempt from the emergency."

By Sunday, Sheerin says, operations ran smoothly, and "Monday morning, we got our emergency delivery of water just in time for the ban to be lifted."

Hotel management vows to be ready if the algae problem returns. "We will be stockpiling some bottled water just in case!" Sheerin says.

The team worked on about 40 sites over the weekend, and all events went on as scheduled. "Most of our clients had bottled water on-site already," Baumgartner says. As luck would have it, his company is based in Oregon, Ohio, which was unaffected by the water ban.

Baumgartner notes that the ban fostered a spirit of camaraderie in the area. "It was rather nice to be able to help so many different organizations out and make their event was not hurt by this," he says.

ALL IN THE PLAN All events went off as scheduled for caterer Chuck Gerber, executive chef and owner of Superior Catering in Toledo thanks, he says, to all his advance preparation.

"I am very fond of advance prep for weekend events as a time-saver and, this time, a menu saver," Gerber says. "I find I sleep better knowing more is done before I arrive, and it frees me up to take any emergency orders, i.e., funerals, foul-ups by other caterers, late thinkers—[which is] about 80 percent of this category."

Ironically, Memories Banquet Hall in Toledo had no events booked last weekend, says Mary Danielak, who oversees the facility. However, she does have events booked for the rest of August, "and we will take all precautions the health department has listed to get ready for our next event," she says.

WILL THE BLOOM BE BACK? Although all the event pros interviewed by Special Events say last weekend's water ban was a first for them, it might not be the last. Concern remains that dangerous algae will continue to bloom in nearby Lake Erie, which supplies water to the Toledo area's 500,000 residents.

Disaster Preparedness Back in Spotlight
Mar 16, 2011