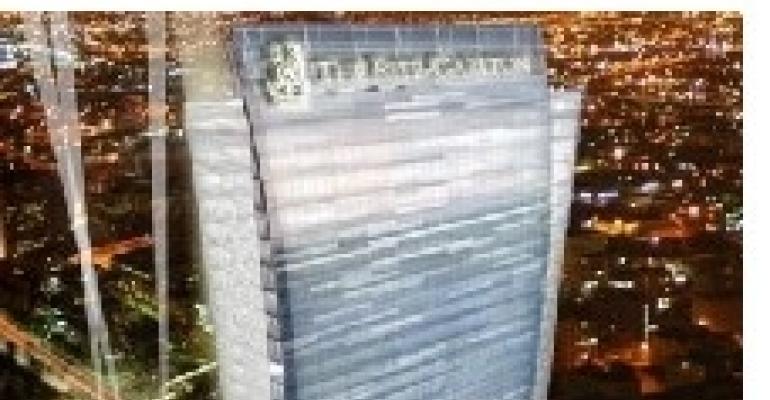 Under the terms of the agreement, the complex will include the Los Angeles Marriott Marquis, an 876-room property, which will serve as the headquarters hotel of the Los Angeles Convention Center, and the Ritz-Carlton, Los Angeles, a 124-room boutique hotel. Above the hotels will be approximately 216 residential condominiums.

The hotel and residential complex will be housed in a 54-story tower. Hotel guests and condominium residents will be at the center of a sports and entertainment campus, close by Staples Center, the 7,100-seat Nokia Theater Los Angeles, a 15-screen, 3,800-seat Regal Cineplex, which will include an 800-seat premiere presentation theater, the Grammy Museum and restaurants, nightclubs and cafes.

"This is an extremely momentous agreement not only for L.A. Live but for the Los Angeles Convention Center and the City of Los Angeles as well," said Timothy J. Leiweke, president and CEO of L.A.-based AEG. "The commitment from Marriott International, considered to be the most knowledgeable company on convention center 'headquarters hotels' and their Marriott Marquis and the Ritz-Carlton brands, clearly verifies the industry's excitement and enthusiasm for downtown Los Angeles, the convention center and L.A. Live. This incredible property will both energize the Los Angeles convention marketplace while serving as a central component of L.A. Live, the most significant development ever undertaken in Los Angeles.”