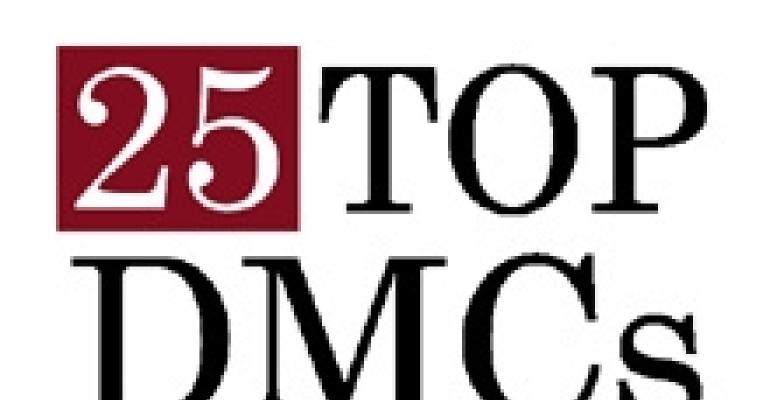 The 25 biggest destination management companies, showcased in the December issue of Special Events Magazine, represent a $360 million business, and consolidation is playing a role in that growth. For the 2007 edition, the 25 biggest players represented $300 million in annual revenue from providing DMC services. The 2008 edition is the fifth annual edition of the Special Events DMC list.

At the top of the list is Orlando, Fla.-based Hello USA, with a reported $50 million-plus in annual revenue. The company has blossomed in recent years partly through the acquisition of the former Premier Convention Services, also of Orlando.

To boost business, many DMCs band together in arrangements that range from no-cost networks to formal franchise systems. The biggest of these--Washington-based Global Events Partners--counts 65 DMCs in its partnership organization, covering 92 destinations. Making news this year, the San Ramon, Calif.-based DMC Network has announced a new alliance with big Irish DMC Ovation Global.

For the full story, see the December issue of Special Events.