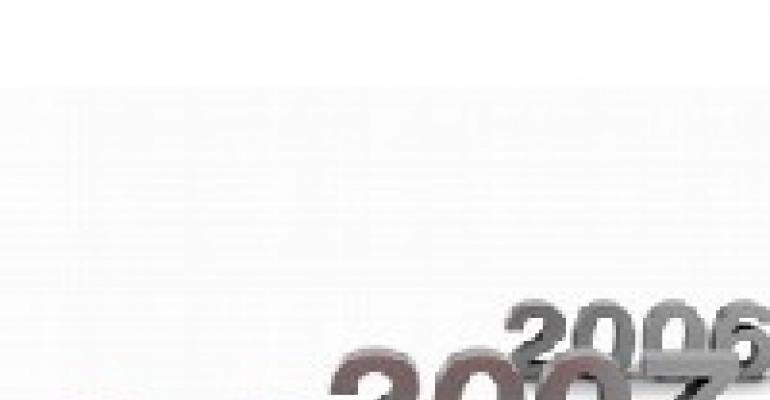 The new year will see stronger revenues for destination management companies but fewer "big" events, defined as those with more than 200 attendees, according to a survey released Monday by DMC alliance Global Events Partners, based in New York.

A sinking U.S. dollar is a major concern for GEP members going into 2008, the survey said, as currency fluctuations disrupt booking patterns. "Though revenues overall are likely to increase, big events are likely to dip as emergent China and Mexico compete with London, the Caribbean and Las Vegas as the 'first choice' for meetings and events in the new year," the survey reports.

More than 80 percent of all respondents expect revenues for corporate events to "increase or remain the same" in 2008 over 2007, GEP said. However, DMCs in half a dozen international destinations expected either a decline in revenue or, at best, revenue to remain about the same as in 2007.

Several international DMC partners anticipated seeing less event traffic from U.S. companies owing to the rapid fall in the value of the dollar. U.S. GEP partners also cited fluctuations in currency as a major factor in determining how they plan for 2008--including hiring, negotiating fees and flow of business. All partners agreed that currency fluctuations would continue to play a major role in their business plans for 2008. The decline in "big events" is attributed to planners who continue to look for maximum service and diverse experiences with the shortest lead times possible.

In a surprise from the 2006 and 2007 surveys, a handful of DMCs mentioned customers “going direct” to vendors as a major challenge to their businesses, suggesting that pressures on DMCs to deliver uniquely bundled and properly valued program options, will continue to increase.

GEP represents more than 70 DMCs worldwide. For a look at GEP and other individual DMCs, see the December issue of Special Events Magazine, which presents the fourth edition of the "25 Top DMCs" feature.