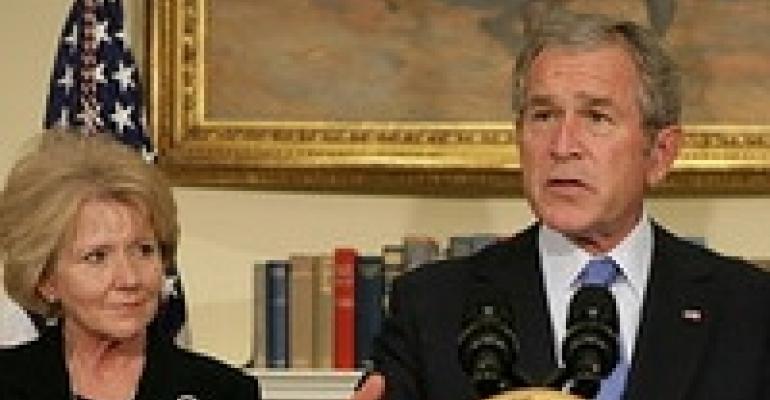 With airline travel delays in the U.S. this year the worst on record, the Bush Administration announced last week that it was taking steps to boost airport capacity and alleviate congestion on the East Coast, which administration officials described as the “choke point” snarling traffic across the country.

In the short term, the administration will open some airspace now reserved for the U.S. military for use by civilian airlines over a five-day period tied to the Thanksgiving Day holiday.

Also, Federal Aviation Administration will impose a holiday moratorium on maintenance projects that are not time-sensitive, so that all FAA equipment and personnel can focus on keeping flights on time.

Since nearly three-fourths of chronic delays in the nation’s air traffic can be traced to delays in the New York region, the administration said, the FAA will partner with local authorities to reduce bottlenecks. The FAA also announced that it would begin offering real-time updates on flight delays at specific aiports at its new site, www.fly.faa.gov.

By summer of next year, the administration said it hopes to double the amount of compensation passengers receive when they are bumped off overbooked flights, require airlines to give the Transportation Department better data on the sources of flight delays, and evaluate other proposed requirements for airlines, such as requiring contingency plans to aid stranded passengers and penalties for chronically delayed flights.

The Transportation Department said that the airports with the worst on-time performance are (in order) Chicago O’Hare, New York JFK, Newark, N.J., Philadelphia and Charlotte, N.C.