A great example of theme would be The Special Event’s the Event Experience at Jungle Island, which incorporated many tropical elements, including steel drums, colorful costuming, florals, and performers.

The  RK Group, in partnership with Rosemary’s Catering, hosted a “Under the Big Top” birthday celebration, which had a circus theme running throughout the event.

Everything  during the RK Group event wasthemed to the circus:  the décor, the color scheme (red and white),  the performers (circus acts),  the layout (three distinct tents for a three-ring circus aesthetic), and even favors for guests (red clown noses).

Rosemary herself even became part of the experience! 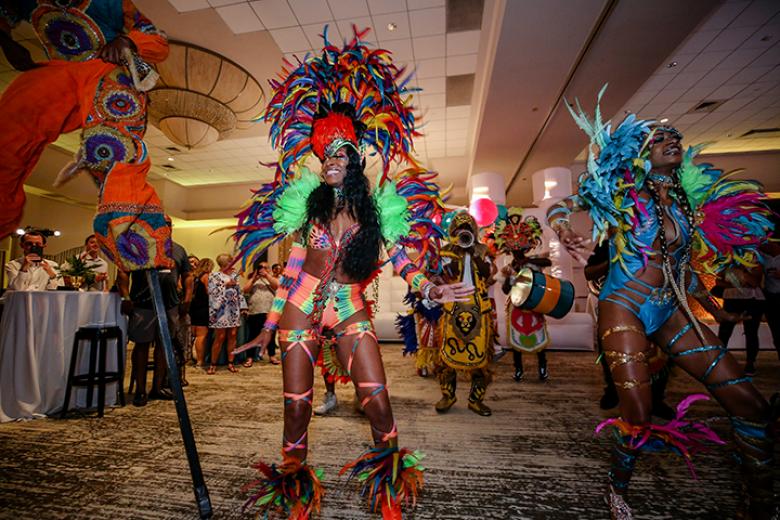 Next Up
Riyadh 2021
Start Slideshow ›