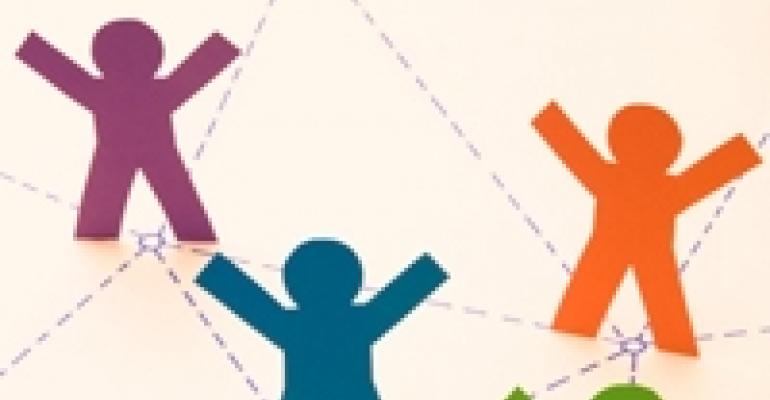 Event pros mix business with pleasure for a living. After all, the behind-the-scenes party-planning results in event-goers socializing in style. So it's no surprise that such a social industry would take to the social networking sites now on the Web.

LINK UP AT LINKEDIN

Get ready to copy and paste your resume if you plan on joining LinkedIn (www.linkedin.com). As Michelle Bergstein, marketing manager at Orlando-based Unique Option, puts it, the site is “100 percent business focused.” Connect to colleagues and friends, provide recommendations for co-workers, and see how many degrees of separation exist between you and whomever you specify. (This writer is three people away from both U.S. president-elect Barack Obama and actor Kevin Bacon.) In addition, users can link to group pages, such as ISES, on the site.

The beauty of the site is that connecting to old business contacts puts you in touch with new ones, according to Ryan Hanson, creative producer and designer of BeEvents in Minneapolis. “At first, I was connecting with my established relationships, but as LinkedIn displays people who exist three degrees away from you, I began to meet new colleagues in the event industry whom my contacts knew,” he says. “Once I broke 100 contacts, the business benefit began to pay off.” All the same, Hanson suggests an old-fashioned follow-up phone call as a good way to cement a new LinkedIn alliance. Gloria Nelson, CEO of Winneconne, Wis.-based Gloria Nelson Event Design, has secured business through the site. “I actually had someone source me through second- and third-generation links with a job offer on LinkedIn,” she says.

Bergstein and Nelson have a similar approach to LinkedIn contacts, each with more than 125 direct contacts. For Bergstein, these direct links connect her to a total of 961,900 professionals. In fact, a former employer put her in touch with a contact via LinkedIn that resulted in Unique Option being added to the Super Bowl's preferred vendor list. Still, both Bergstein and Nelson reach out to only a select number of acquaintances to be a part of their first-degree network. “There are ‘brand considerations,’ and we want to make certain those we connect are within the same level of expertise,” Nelson says. “It's not about quantity but rather quality.”

Yet for Hanson, less isn't more — more is more. “We are in the relationship industry — the broader my set of contacts, the better I can serve my clients,” he notes. Hanson has 288 direct links he developed over a two-year period and even credits LinkedIn with connecting him to his accountant and financial planner.

Event professionals are beginning to tap wildly popular social network site Facebook (www.facebook.com) for business-building. The site features “walls” where users can leave comments for their contacts, upload videos, create photo albums and even invite friends to events. “I initially avoided Facebook, thinking it was too collegiate/youth-oriented, but let's face it: The future market for all events is young,” Hanson notes. “If online social networks are the environment [young people] are experiencing, it behooves us experience producers to know the environment.”

Hanson notes event professionals can learn much from Facebook, which he describes as an “adaptable measurement tool” for the event industry. On Facebook, an event planner can create a page to promote an event, invite guests, tally RSVPs and post photos post-event that attendees can comment on and download. Hanson says it's also an excellent way “to track who engaged the site as a feedback tool for the success of the event.”

LinkedIn and Facebook might have the most buzz, but there are many other virtual, social networking opportunities. Blogs, for example, encourage dialogue, and Bergstein finds that Unique Option's blog (uniqueoption.blogspot.com) boosts business through its interactive setup. Bergstein showcases Unique Option's work, which is then commented on by users.

Both Hanson and Nelson like Plaxo (www.plaxo.com), a Web-based address book. The service can be plugged into e-mail system Outlook and other systems; when a person updates her contact information, that information is automatically updated in the address books of everyone connected to her.

Nelson is also a fan of Twitter (twitter.com), a site where users update their activities in real time via computer or text to say things such as: “Christine is writing a social networking article and cannot be disturbed.” Or: “Christine is stuck in traffic but has the cupcakes in her car!” The people that are “following” you on Twitter then get a text update on your status.

Some virtual spaces were created with the event industry in mind. Nelson is a co-moderator of Meco (www.meetingscommunity.org), a Google Group Listserv that serves as a community and resource for industry professionals. As for up-and-comers in the social networking world, Bergstein has her eye on Event Peeps (www.eventpeeps.com). She says it's unique because it's “more of a widely diverse site of event professionals not segmented to the typical ISES or meeting association professional.”

In the end, what social networking offers is the ability to connect and maintain a relationship with anyone, no matter where you are. As Hanson puts it: “I am not regionally or locally event-based; I can create the best projects collaboratively with the best talent.” He adds: “So to fellow designers, creatives and producers: Link to me, and let's do something!”

Have your say with Special Events. Join the online conversation at specialevents.com, where article commenting is now available.