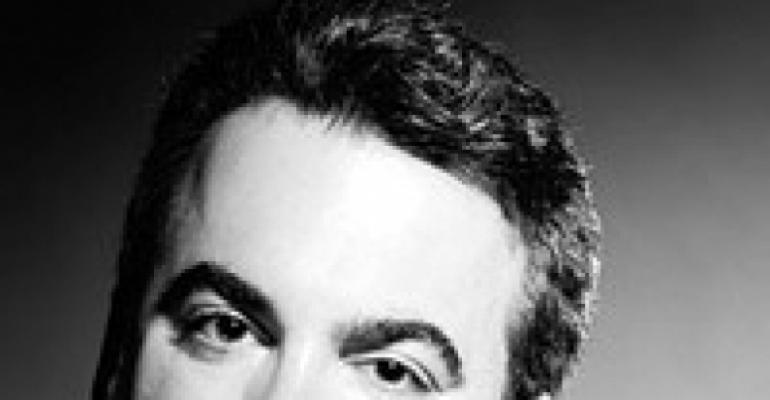 Greg Christy of Brite Ideas on his Career in Event Lighting

A successful entrepreneur? Sure. But at heart, Brite Ideas' Greg Christy is an artist of illumination.

It all started in high school. Greg Christy's Whittier, Calif., high school had a “very well equipped theater” and, thanks to it, he discovered his love of lighting. Since then, he has graduated to lighting some of the best events in the business.

Even with his passion for the technical and creative potential of lighting design, Christy, who co-founded Brite Ideas with his wife in 1989, notes that launching his own firm was never really his intention. Explaining that the sound company he'd spent three years doing lighting for suddenly went bust, he says, “Did I have this entrepreneurial streak? Not really. But suddenly I didn't have a job. I said to my wife, ‘Let's just go out and do it.’ And Brite Ideas was born.”

Christy fondly recalls the firm's first major event-lighting request, from real estate investment giant the Irvine Co. “They said to me, ‘Can you light a tent?’ I said, ‘Sure,’ though I'd never lit a tent before.” That risky gig got his talents noticed and landed him other high-profile events, such as the opening of the 70,000-square-foot Orange County Performing Arts Center — an organization that, 20 years later, brought Christy and his team back to light the opening of its second building. Having heard that Brite Ideas won a Special Events Gala Award for that event, OCPAC patron Elizabeth Segerstrom commissioned Christy to create a piece of art, which he did using 2-by-2-foot Color Kinetics LED tiles. “For once I was the guy in front, instead of standing behind as an event producer,” Christy recounts.

As Brite Ideas has grown, the company has become famed for its groundbreaking lighting and technical support work on events for clients including Audi, Paramount Studios and Louis Vuitton. Among jobs that stand out in Christy's memory is the 2008 opening of the Los Angeles Museum of Contemporary Art's much-anticipated Broad Gallery. The event, produced by Los Angeles' J. Ben Bourgeois Productions, “really stretched our technical direction skills,” he notes. The production involved feats such as raising 10-by-10-foot cube chandeliers into the ceiling, and toppling a 35-foot-high wall to reveal the new building. “We had 70,000 pounds worth of things flying over people's heads — people like Tom Cruise,” he says. He adds proudly, “We won a Gala for that.”

While Christy has focused more on the business rather than the creative side of his company in recent years, he takes the design seat for two or three select events each year. But even when he's “not physically sitting down and designing lighting,” Christy says that what gets him up in the morning is “the creativity, solving the puzzle. We'll sit around and brainstorm, ‘How does this fit together?’ I love being able to come up with concepts,” and then, he says, having to figure out, “How do we actually do this?”