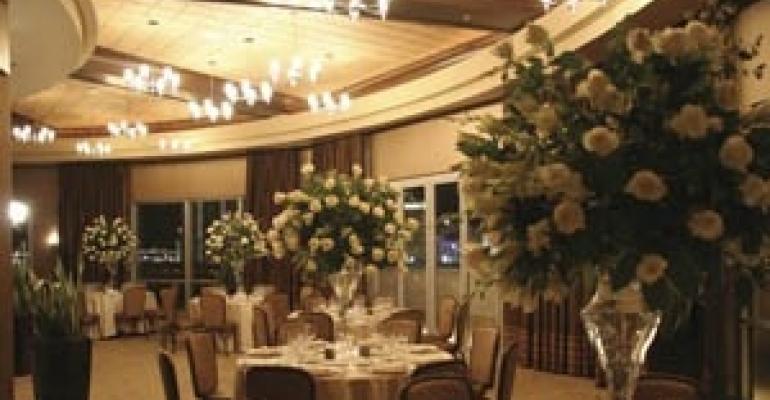 Inside Guide to Event Vendors in Las Vegas

The Place: The Platinum Hotel & Spa

The Scoop: Off the Strip but close enough for fun, the sleek, sophisticated, non-gaming Platinum is a haven of intimacy and elegance, offering more than 10,000 square feet of event space complete with full audiovisual capabilities, wireless Internet access and drop-dead views of the glittering Strip and the magnificent mountains beyond.

The Buzz: The rooftop Misora event space, which can be tented and decorated to spec, is a fave for everything from lounge-look receptions and glamorous seated dinner parties to decidedly upscale Super Bowl bashes. Meanwhile, the property's fifth-floor restaurant with pool deck, offering a combined 500-max capacity, features floor-to-ceiling windows and an outdoor space dotted with daybeds and fire pits for cozy canoodling.

The Quote: “With Las Vegas boasting so many choices today for the corporate meeting planner and still ranking as one of the top wedding destinations in the world, sometimes having the charm of a smaller, quieter and more sophisticated hotel — while still participating in a top destination market — is so much more desirable.” — Debbie Nelson, director of private events

The Scoop: Fully loaded production studio and special event space Chameleon stays true to its name with 10,000 square feet of totally customizable space that adapts to just about any event need, from film premieres to “corporate events to “design your own nightclub” private parties.

The Buzz: Event pros go gaga for the venue's four separate SA sound systems and more than 200 intelligent lighting fixtures, which allow producers to transform and brand the space with simple programming and color settings rather than hard goods and props. Add to that 23-foot-long plush draping throughout, oversize sofa seating and a unique VIP booth, and Chameleon is an event location that's as accommodating to guests as it is to event creators.

The Quote: “The whole event space is designed as a stage, and you can run a show through the whole space. It's also rigged for aerial performances. It's like a very big, beautiful toy box for the designer, producer or end client. You can just walk in, turn on the lights and it's ready to go.”
— Cheryl Irwin, president

The Scoop: This classically trained all-female string quartet turned string music on its head three years ago and hasn't looked back since. Creating classic rock “mashups” that combine classical technique with modern club beats, Phat Strad uses wireless electric instruments — two violins, a viola and a cello — to perform for event groups from 10 to 10,000.

The Buzz: Fans young and not so young can appreciate the group's groove: While their music is hip, cool and clubby enough for teens and twenty-somethings, Phat Strad's selection of classic rock tunes appeals to CEOs who loved the songs way back in the '60s. The fact that the group's ladies are gorgeous doesn't hurt, either.

The Quote: “This is not your usual ‘girl with a tambourine out in front of the band.’ All of us can really play, are trained to play, and have been practicing all our lives for four to five hours a day. For us, this is a great payoff. We get to get out there and play in an ensemble and really be rock stars.” — Ivie, violinist