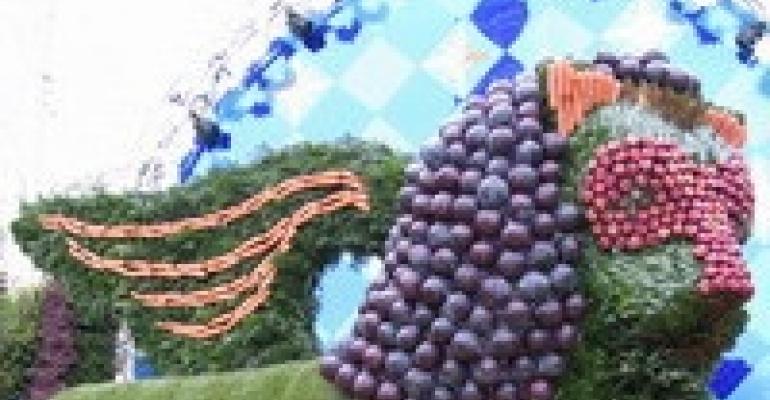 More than a million guests delight in a festival for the senses.

Producing Italy's largest annual event — the Venice Carnival — is a daunting task in itself. Add a reputation recently tarnished by overcrowding, disorganization and disgruntled residents, and the word “challenging” doesn't begin to describe it. The team at Milan-based event production company K-Events knew that in order to give one of the world's premier carnivals the pomp and polish it deserved, they would have to deliver a spectacular event, one that offered a feast for the senses.

And they did. The event team created a new format deftly themed around the senses, attributing each sense to one of the sestieries (districts) of Venice. The sixth sense, extrasensory perception, was the province of famed St. Mark's Square. “By turning each one of the senses into spectacular entertainment, each sestierie became an area of discovery, both for the tourists and the city's inhabitants,” says K-Events communications director Francesca Marchi.

The 2010 rendition of two-week event, titled “Sensation,” kicked off in St. Mark's Square last February. The square was transformed into an otherworldly garden of lights and topiary, centered by a huge sculpture of the Lion of St. Mark's — the traditional symbol of Venice — made entirely of local fruits and vegetables.

The festivities began with a child-oriented ceremony featuring clowns, puppet shows, stilt walkers and face painters, followed by a performance of the Goldoni opera “Arlecchino.” However, the show-stopping act was the traditional “Flight of the Angel,” which starred a beautiful model descending from the belfry into the crowd via zip-line to the strains of Handel's “Hallelujah Chorus.” The televised event was accompanied by the Doge and Dogaressa's historical parade, which showcased more than 1,500 costumed participants.

Each district offered activities based on its designated sense. For example, Canareggio — the “taste” district — offered free cooking lessons with master chefs, artistic spun-sugar sculptures and performances by Nakupelle, who juggled fruits and vegetables. The exhibition hall in Castello — the “touch” district — featured a world of darkness created by Dialogue in the Dark, where blind guides led guests through the space. Dorsoduro (“hearing”) staged musical performances ranging from pop to ska to medieval.

“It's a wonderful privilege to create a show in such a natural scenario,” Marchi says, “a location where there are neither cars nor any other connection to the urban world, allowing people to freely interpret their own dreams.” Indeed, Marchi and her team realized a dream of their own: In January, the event won a Gala Award for Most Outstanding Spectacle.