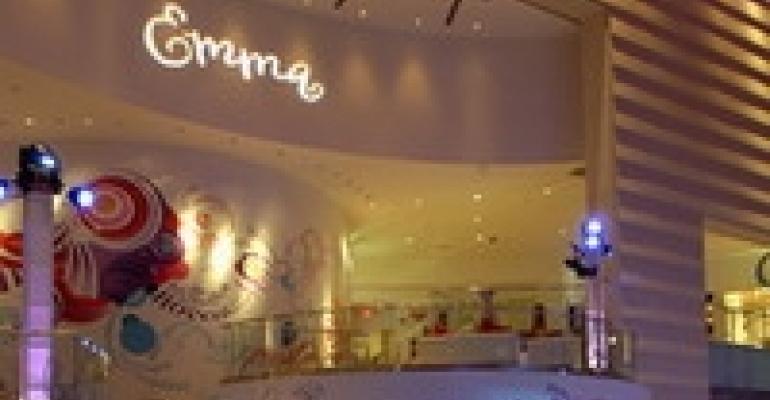 Keeping guests occupied and engaged &#8212; the essentials to success at kids' events

With spending on all children's parties — including bar and bat mitzvahs, Sweet 16s and quinceaneras — expected to stay sluggish for at least the next year, planners are focusing on the event elements that matter most. And nothing, event experts say, is more important to than keeping young guests occupied, engaged and entertained.

ON MESSAGE In any given September-to-May season, Vince Hart will plan a whopping 60 to 70 bar and bat mitzvahs. The experience has given Hart, vice president of sales for Chicago-based Kehoe Designs (www.kehoedesigns.com), some serious insight into what kids crave.

“It's all about the latest technology for them,” Hart says, noting that now, that means texting and instant messaging. “They are into interactive video production,” he says, “where their friends and family can text messages to them that show up on large video screens in the room.”

As for favors, young guests still love apparel and branding. “Today there are really only one or two options for favors — hoodies with their custom-printed logos, and pajama pants with the logo on the seat,” Hart notes. “The great thing is that all the kids take their hoodies and pajamas to camp over the summer,” he says, “and that is all they wear all day.”

Hart keeps up to date on kids' trends via the very same media young event guests favor: “Social networking really has become a big part of keeping up to date on the clients and their kids,” he notes.

INTERACTION ACTION With upwards of 45 mitzvahs and other youth events on his annual schedule, Atlanta-based planner J. Wilbur Smith of Eventscapes (www.eventscapesatlanta.com) speaks from experience when he stresses the importance of an awesome DJ.

He notes that in his region, “The kids today are definitely into the interactive dance teams that are often a part of the ‘DJ team’” — typically a package that includes an MC or DJ along with performers who mingle with kids, show off dance moves and raise energy on the dance floor. “The dancers keep the crowds going,” he says.

Smith says that hands-on is happening on the food side too — particularly when it comes to sweets. “The candy station still rocks the party,” he notes. Among his favorite setups is the elaborate “candy store,” designed to look like an actual candy shop with display cases, stocked shelves, jars, vivid signage and customized bags. When budget is tight, though, a simple candy table with limited, colorful selections and cute cello bags works well, too.

SECURITY DETAIL Though she only handles a handful of kids' events each year, Eve Deikel Wendel produces each with a keen attention to detail designed to ensure that young guests aren't just happy but safe and secure, too.

“If you don't keep teens involved, they get bored, they wander and they get in trouble,” says the creative director of Minneapolis-based Eve Events (www.eve-nts.com). To keep kids out of mischief, Wendel incorporates ample entertainment into the event. This has included importing hot New York urban artists to her Midwestern kids' events, such as “dueling DJs” and an up-and-coming rapper. Wendel also is a big fan of cirque-style entertainment because it appeals to all ages, she notes.

Also great to have on hand are computer and electronic games, including Nintendo Wii sports games and MTV's hugely popular “Rock Band” video game, which allows players to perform as their favorite rock stars. Competitive activities are perfect for kids, who “love to challenge one another and create contests,” she says.

To minimize the risk of contraband, crashers and other problems, Wendel incorporates a security element that suits the event theme. Any event with a dance club or lounge setting can easily include burly bouncers and thorough bag checks, which enhance kids' safety, she notes.

Planning a party where teens will be on scene? These cool new event ideas will thrill young guests (and tickle grownups, too).

Launched by a UCLA film school grad and former event producer, Your Little Film lets clients submit prints, video and music (electronically or via mail), then transforms them into three- to five-minute films for about $300 a pop. Edited films are delivered as Quicktime (.mov) files that can be automatically looped for screening at events, and instantly uploaded to Facebook and YouTube. Your Little Film also offers fun interactive elements such as “Music Video Karaoke,” “Star in Your Own Film” and the “Video Booth” — a modern take on the old-fashioned photo booth.

The Spaceball 2000 powered human gyroscope, based on NASA's astronaut-training gyroscopes, comes in one- and two-rider versions and can be used indoors or out. Guests get a whirling, twirling, out-of-this-world thrill. And surprise — riders do not experience motion sickness, since the changing direction of spin keeps the inner ear balanced — a benefit that won't go unnoticed by the cleanup crew.

Picture this: At the big party, each kid gets a custom imprinted palm-size mobile printer as a favor. A day after the event, you e-mail each guest instructions for downloading party pix to the printer. A guest simply connects the printer to her phone or PC via USB cable or Bluetooth, hits “print,” and gets cool color prints on the spot — then spends the next hour decorating her room, filling her scrapbook and drawing hearts around shots of herself and that cute skater boy from algebra. How cool is that?