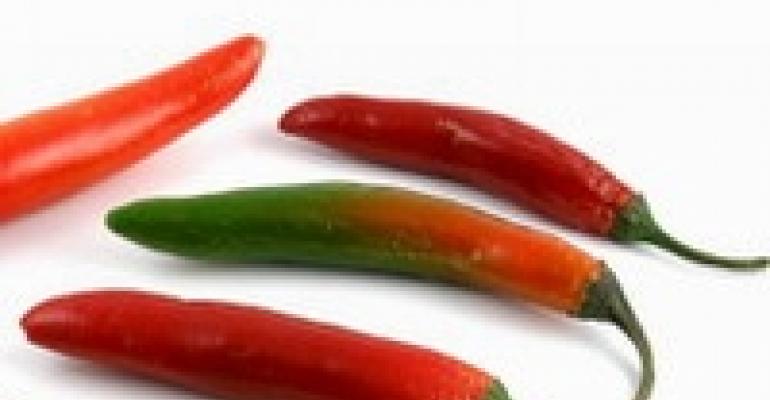 The U.S. Food and Drug Administration last week added serrano peppers from Mexico to its list of foods that consumers should avoid. The agency discovered a specific strain of salmonella bacteria on both a sample pepper and a sample of irrigation water from a Mexican farm. A lengthy investigation into more than 1,330 cases of samonellosis in the U.S. and Canada had officials at first blaming both American and Mexican fresh round red and Roma tomatoes and then chiles. But it now appears that the contamination originated in Mexico with jalapenos and serranos.

Although many in the food industry have criticized the investigation, the winding path produce takes from farm to distributor to processor has made the task of isolating the problem challenging. According to the U.S. Centers for Disease Control, "No one food item can explain the entire outbreak ... Although rare, there have been outbreaks in the past in which more than one food source has been implicated."

The FDA has indicated that tomatoes on the market today are safe to consume, although raw tomatoes consumed early in the outbreak are still under investigation.