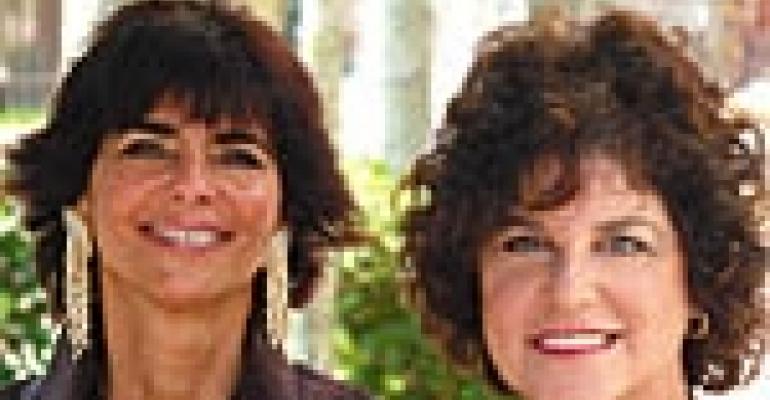 BOTH ELLEN BURNETT and business partner Linda Simon were burnt out on their jobs — Burnett's as a director of drug training for the Boston police force, and Simon's as a federal employee working in a program for the children of mentally disabled adults — when they launched their corporate-spouse tour operation 25 years ago. “We had an idea that we would be going to museums, leading historical tours, taking them out to lunch — it just sounded lovely,” Burnett says. What she could not foresee then was that her lovely little business would grow into Waltham, Mass.-based The Best of Boston — a DMC with $6 million in annual sales, a staff of nine full-timers, and recognition by the Boston Business Journal as the top event planning company in New England for two years running.

With the Democratic National Convention coming to the city next month, Burnett looks to the lessons of the past as she gears up for the future. Among these is the experience of golf's Ryder Cup, which took place in Boston in 1999. Had she not been involved in that event, she says, she may have had cause for concern about sluggish early bookings in conjunction with the upcoming convention. Back then, “We kept saying, ‘This is going to be a huge piece of business,’ and month after month, you wouldn't hear anything,” she explains. “Then, all of a sudden, a couple months before, it was like all hell broke loose. People were calling and we were scrambling to find sites, trying to find transportation.”

Burnett says that while she is seeing the same pattern emerge with the convention, what's different this time is the size and scope of the event and its expected impact on the city's global profile. “The focus on making the city as beautiful and inviting as possible is going to leave lasting bonuses for all of us,” she says, citing civic projects such as Boston's “Big Dig” — the massive highway improvement project that the city hopes to finish soon. Plus, she adds, “We've got 15,000 press people that are going to be here. The world is going to be exposed to what Boston has got to offer, what it looks like — they're going to see pictures.”

All of that media coverage will go far in helping The Best of Boston do its job. That job, according to Burnett, is not just coordinating meet-and-greets, transportation and event vendors. It's changing the public's perception of her city. “I think people perceive Boston as conservative. We have the Freedom Trail. We've got some of the most famous hospitals and research institutes in the country,” she says. What she wants potential clients to see is “a place that has fabulous food and entertainment and a magnificent waterfront — a whole system of islands in the harbor. I think people don't think about natural beauty in relation to the city.”

“Now clients are saying, ‘I have a shoestring budget, but I still want fabulous.’ Sometimes it's a matter of finding out which aspects of the event are most important to the client. I remember a client who said, ‘When the doors open, I want to hear a gasp.’ Another might say, ‘I don't want anybody to wait five minutes for transportation to this event.’”

“We did an event at the Kennedy Library where we were asked to re-create a dinner that had been given at the Kennedy White House, right down to the silverware. We had an opportunity to go into the archives in the library, pull up pictures, look at the guest list. They don't let you do that normally, but because of what we were trying to do, they let us go in. I'll never forget that.”

“My staff is unbelievable. They are so invested in the company, it's like a gift. I recently went out and realized I had not taken directions for a meeting I had to go to at 7:30 the next morning. So I went back to the office at 7:30 at night to pick up directions, and one of my staff was still there. She said, ‘I just wanted a chance to finish some work.’ That said to me that all this juggling, all these challenges — they're all worth it.”