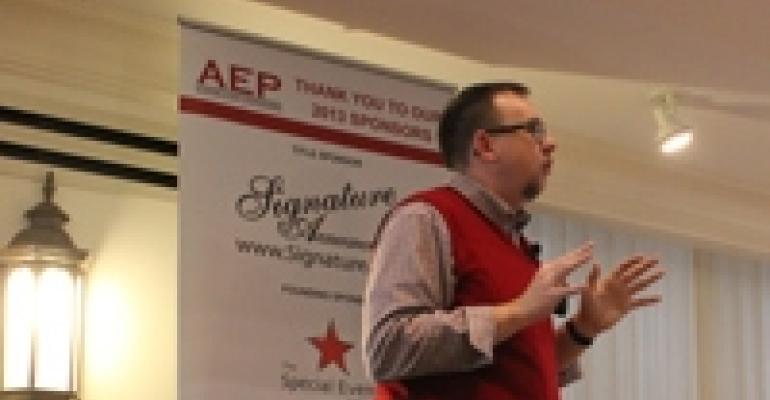 Precedence—figuring out the proper ranking for guests and other event elements—is the key issue that drives many other event decisions, according to Chris Young, executive director of the Protocol School in Washington. Young presented this and other advice at his keynote address at the 2013 Academic Event Professional Conference, which launched today in Chicago in conjunction with The Special Event.

Young urged attendees to bear in mind that protocol goes beyond a set of arcane rules; instead, it is an issue of perception about appropriate behavior. Protocol "is not what is right or wrong," Young said, "but how the principal figure looks at the end of the day." He added that protocol is about setting the right set of conditions for an event to succeed.

To help navigate the tricky world of protocol, Young advised, "Rule One is, start with the right rule."

Precedence "drives everything else," Young said, but the rules of precedence can be hard to pin down. For example, each country has its own list of precedence for issues such as the ranking of dignitaries and the like. And it's not always codified, Young said.

When in doubt, he recommended asking involved parties what the proper protocol is. Once the planner has the recommended precedence order, then "document the snot out of it," he said.

Young urged event planners to think about the "why" of every event they develop. "The 'why' should drive everything that you do," he said. Among the Young stressed to attendees that protocol "is not about you," Young said. "It's about the guest."

Following Young's presentation, event experts Rick Jobe of Jobe and Associates, Sally Webb Berry of The Special Event Company and the AEP organizer, and Robert Sivek, CSEP, CERP, of The Meetinghouse Companies gave advice on how to incorporate experiential elements into academic events. The panel was moderated by Special Events editor Lisa Hurley.