Fireworks accompanied the opening parade for the 2021 Riyadh Season.

One of the floats during the parade featured elaborately costumed performers.

Dancers perform on a hotel-themed float.

Confetti added a bit of drama and sparkle to the parade.

According to its website, the Riyadh Boulevard is “a place of entertainment and social interaction, where the landscape and décor transport you to a world unlike your own.” The boulevard features restaurants, exhibitions, activities, a health and fitness club, and a boutique hotel. 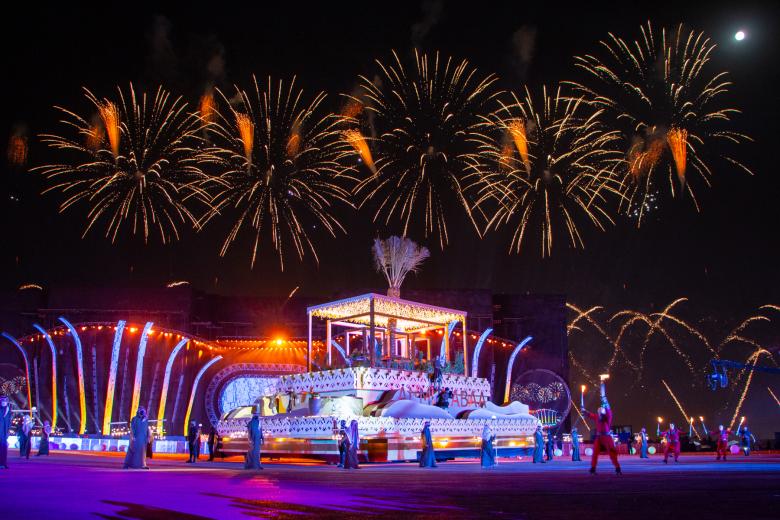 Next Up
As Seen In San Antonio
Start Slideshow ›