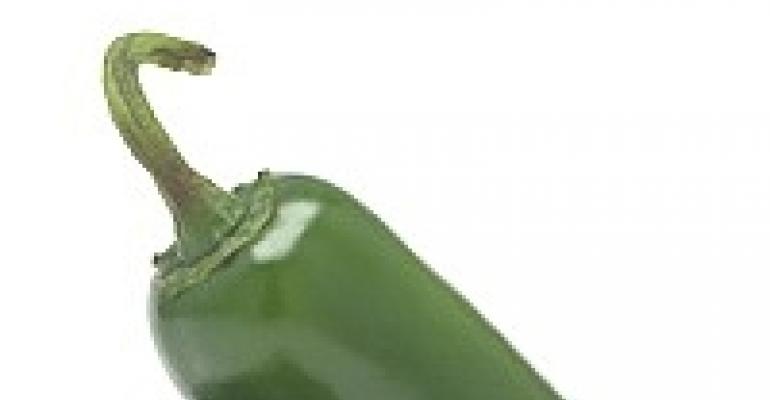 Salmonella Outbreak: Are Peppers the Problem?

After nearly three months and close to 1,000 cases of foodborne illness in the U.S. and Canada, U.S. officials are beginning to look at jalapeno peppers as the culprits rather than fresh tomatoes.

Although a huge outbreak of salmonellosis--the largest ever linked to fresh produce in the U.S.--has dominated the food news, federal regulators have had no luck identifying where the outbreak originated. The Food & Drug Administration and Centers for Disease Control continue to caution against eating fresh red plum, red round and red Roma tomatoes from specific areas. However, the agencies have stepped up testing of ingredients such as jalapeno peppers, serrano peppers and cilantro, all foods that often accompany tomatoes in such popular dishes as salsa and guacamole.

The tomato warnings have led to drastic losses for tomato growers and the food industry as diners shy away from the fruit.

Other tomatoes--cherry and grape tomatoes, tomatoes on the vine, and greenhouse-grown tomatoes--appear to be safe. Also, tomatoes from most areas in Florida and all California--the No. 1 and 2 sources of fresh tomatoes in the U.S.--have not been linked to disease, the FDA says.

The situation is akin to the 2006 outbreak of E. coli contamination linked to fresh spinach, which sickened nearly 200 people and killed three. Then, the FDA advised everyone to avoid eating raw spinach. It took months for diners to begin eating spinach again, even after the greens were pronounced safe.