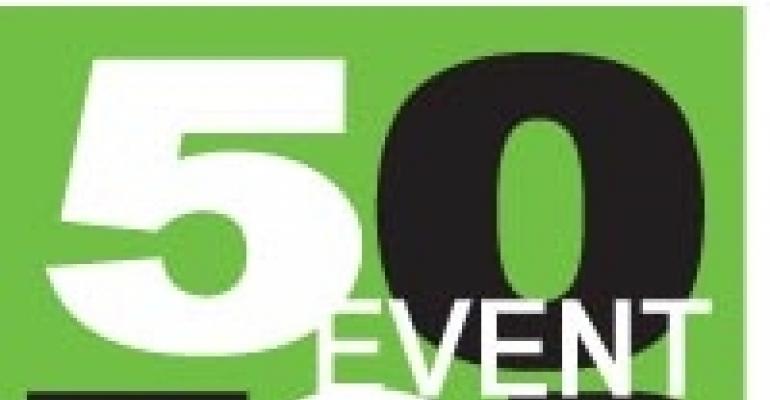 Special Events will release its 8th annual "50 Top Event Planning Companies" list in its next issue, with the biggest special event companies sharing their projected event revenue and recent event highlights. This year's list shows wide swings in performance for these major players.

The median change in revenue from 2008 to 2009 is predicted by the companies listed to be a dip of 10 percent. But this figure varies widely. One firm expects its special event revenue will fall 68 percent this year from last, due largely to the steep decline in corporate events, while others predict revenue will rise this year compared with last.

Year-to-year comparisons in the special event business can be deceiving, however, because the activities of many companies are dominated by events tied to a four-year cycle. For example, the U.S. presidential election last year brought a slew of public and private events, ranging from both political parties' conventions to galas and fundraisers. Already, event companies are gearing up for the 2010 Olympic Games, coming to Vancouver, British Columbia, in February.

In the face of other companies bemoaning a falloff in business, Chicago-based Event Architects reports, "We never slowed down in 2009." In January, the company was involved in many events surrounding the inauguration of President Barack Obama, followed by both corporate and public events over the summer.

European event powerhouse Vok Dams Group, with offices in Germany, France, China, Dubai and the U.S., predicts that revenue will double this year over 2008, with a nearly 7 percent boost in the number of events it produces. But CEO Colja Dams cautions that while revenue looks good, "The profit level of course is well below the years before the credit crunch."

A notable aspect of this year's list is that while revenue will be down, the falloff in number of events shows a median decline of only 1 percent. It appears that event companies are staying busy and in business with smaller events.

For the full story, see the September/October issue of Special Events.