FIRST creates a party atmosphere for a big event for advertisers, agencies and partners in a "newfront" upfront.

Oath's digital content event was hosted by Jamie Foxx at Pier 26 thanks to the FIRST team.

Held at Spring Studios, this two-day experiential event offered advertisers an expanded, immersive, experience, with the theme “Culture Unbound” in an effort to better reflect its youthful audience.

The FIRST team is "taking a digital experience live," they say. "We are seeing that the brands we work with are wanting to re-establish themselves in a live way with thought leadership. Specifically, several clients want to take their thought leaders from podcasts, social media, blogs and other digital formats to 'IRL' for a unifying experience."

On the roster this year, GPJ's work for "Dreamforce"--the flagship marketing event for Salesforce--transforms downtown San Francisco and draws upward of 170,000 attendees annually.

GPJ transformed a pier in New York into a drag strip, complete with pyrotechnics, for the launch of the 2018 Dodge Demon.

"Themed events, such as this artist-inspired ball for Georgetown University, are most successful when the creative vision is reflected in every detail," says the Hargrove team.

"Immersive environments, like this presentation arena designed and built for Oracle OpenWorld, provide for a deeper connection between the brand, the event and the participants," Hargrove management says.

The year started off with a bang for Index, as it produced the "countdown to 2018" New Year's Eve celebration at Central World in Bangkok.

"Storytelling and personalization continue to be the top trends influencing the marketplace today, InVision management says.

InVision for Oracle OpenWorld: "Crafting a story around messaging is more influential and impactful than traditional forms of communication. More companies are going the extra mile to instill moments of delight and surprise into their events, so that attendees feel more appreciated and closer to the brand."

LEO Events' work for the commemoration of the 50th anniversary of the assassination of Dr. Martin Luther King Jr. "The main event, attended by 30,000 people, included day-long tributes that featured musical, dance and spoken reflections from civil rights activists, with a private after-event gathering for more than 1,000 people," they say.

LEO partnered with the KAABOO music festival, featuring seven stages and nearly 100 performances for a crowd of 30,000. 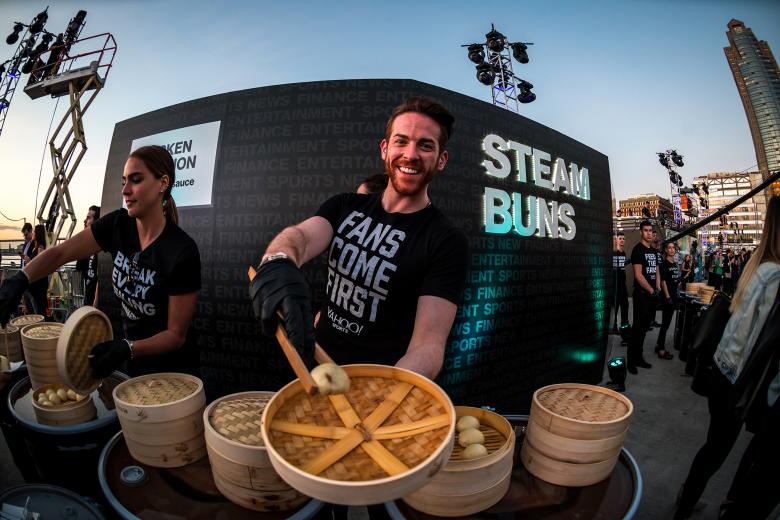