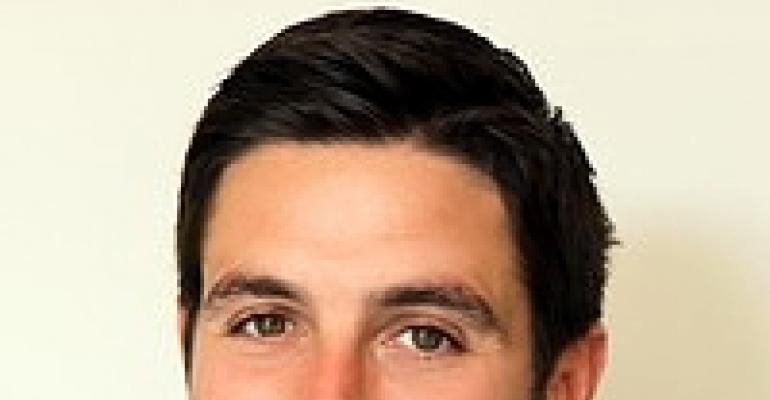 Global Events' Adam Sloyer on The Next Big Trends

Recognizing that he was, instead, fascinated with events, Sloyer left the restaurant business and “took a step back to take a step forward,” in the form of an events internship with the National Hockey League. He parlayed that position into a sales job at TBA Global — at the time PGI — and then, in 2005, a job with New York's Paint the Town Red. In 2008, Madrid-based Global Events took over Paint the Town Red, and in spring of this year, after paying his dues in leadership positions throughout the firm, Sloyer was promoted to CEO of the international event production powerhouse.

In his new role, Sloyer remains intent on focusing on “big picture strategy” — namely, “ensuring that our clients are receiving creative and cost-effective solutions, while at the same time building the Global Events brand in North America.”

Clients and industry organizations alike are taking notice. Since 2006, Global Events has won 40 industry awards, for events such as the 2009 launch of the newly upgraded top seven floors of Manhattan's Helmsley Park Lane Hotel as an upscale “hotel within the hotel.” For the “Top of the Park Lane” launch, Sloyer and team created an experiential event comprising four one-act plays set in four different types of renovated accommodations at the hotel. By bringing in an off-Broadway theater director and professional actors to portray fictional hotel guests, Global Events was able to present the new hotel's brand and features powerfully for what Sloyer calls a “nominal” price. “Post-event buzz was very strong, with sales inquiries up 35 percent from before the event,” Sloyer notes. “Having key metrics to measure the results post-event was a must, and it helped make this an award-winning event.”

While the Helmsley launch relied on good, old-fashioned theater to achieve its aims, Sloyer makes it his job to keep up to date on the next big thing, especially in event technology. On the leading edge of the tech trend, he says, is “augmented reality,” which incorporates computer graphics and functions into real-world environments (think iPhone apps that let you wave your phone in the air to locate your car or map the constellations). While he hasn't yet used AR for an event, he predicts it will come into play in a big way for B2C events. His ETA for AR? Look for the technology to make its mark in events “toward the end of next year.”