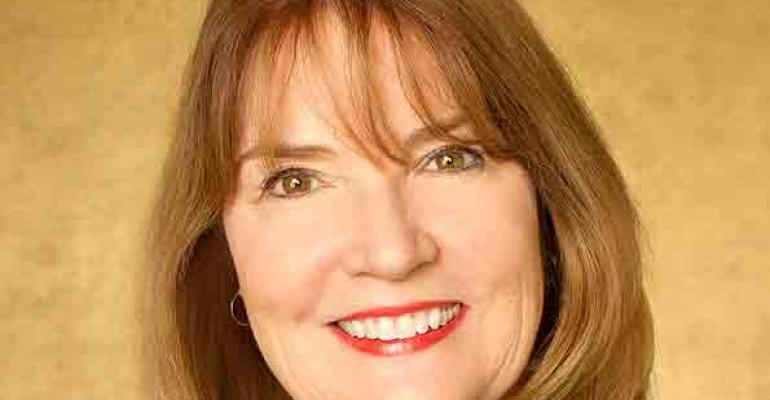 Kathy Connell believes in teamwork. So much so that when she was tapped to produce the first-ever Screen Actors Guild Awards in 1995, she pushed for an award that would honor the entire cast of a movie or TV show. The Outstanding Performance by an Ensemble (TV) and Outstanding Performance by a Cast (film) awards are now among the production’s defining honors. “They represent what the union is about and what actors are about,” Connell says. “Very rarely do you get anybody who is acting alone; it is a team effort.”

Connell also considers teamwork to be one of the most important aspects of her own job as executive producer of the SAG Awards, with the 20th production taking place Jan. 18 at Los Angeles’ Shrine Auditorium. Putting on such a high-profile show requires a close-knit group that can work together for the long hours the event requires. “You really have to feel like you’re a team,” she says. “Nobody gets hired onto our team who hasn’t been met in a group session by some of our other team members, to make sure they’re going to fit.”

The daughter of actor and former Screen Actors Guild board member John Connell, Kathy Connell was sitting on SAG’s board of directors herself when the idea for an awards show first came up. She was asked to chair a committee of five board members who decided what awards would be given out and who would be eligible, as well as outlined the show’s lighthearted, sit-down-dinner atmosphere. A former actress herself now planning a show that celebrates actors, Connell wanted the SAG Awards to be as much fun for the guests of honor as possible.

“We think of our show as throwing an actors’ party in the actors’ house,” she says. “They get to sit together at tables with food and drink in front of them, wonderful champagne, great wine, great food, and they get to celebrate each other, and they have fun doing it. That’s what we spend a whole year on.”

Most of the year, Connell works with a staff of four, but that increases as the show’s January ceremony approaches. The production staff will reach 50 people in the weeks before setup begins at the Shrine, where about 1,000 people--from red carpet and gala tent setup to caterers and rental firms--will round out the team.

But even as things get hectic leading up to the 2014 SAG Awards, Connell says she is “already working on show 21." I think about things a year or two in advance,” she explains. And Connell’s tight-knit team has the same forward-thinking approach as she does. “Nobody here has a 9-to-5 attitude,” she says. “There are times when I’m walking out the door going, ‘Are any of you going to leave?’ I’m trying to throw them out because they’re all going, ‘I’ve got one more thing to do!’”

A few years into managing the SAG Awards, Connell quit acting to be its full-time producer, and was just named co-executive producer. While she says she still loves acting, her current role lets her represent the union she cares about while also highlighting the best acting performances of the year—with an "outstanding ensemble" of her own.

“I am the luckiest woman on the planet. I get to do a job I just love,” she says. “If you’re smart, you surround yourself by the people who are the best at what they do, and then you’re as lucky as I am.”

“Last year, I can’t say it was a better show than the other shows, but it was such an interesting show for me. I think it had to do with the fact there was so many wonderful television shows and so many wonderful films last year, and nobody really had a clue who was going to win. The actors hit that red carpet so excited. I was sitting backstage about two minutes before the show started and the volume in my show room was so loud because people were just having such a good time. I sat back going, ‘Wow, this is going to be fun!’”

“We now have a social media manager and so we are definitely in the social media world. When we are talking to presenters, we certainly talk to them about what they are currently doing on social media so we can all work in conjunction with each other. Social media is a big aspect, and we will be incorporating more of that on our red carpet this year.”

“Something’s going to go wrong. Nobody starts the morning off wanting it to go wrong. Somebody will have made a mistake, including me, and the fastest way to fix it is for everybody to come in and feel like they can go, ‘Guess what just happened?’ and knowing that nobody’s going to spend more than five seconds on ‘How did this happen?’ We’re more focused on, ‘How do we fix it?’ You’ve got to have a sense of humor about it, and you’ve got to put things in perspective.”