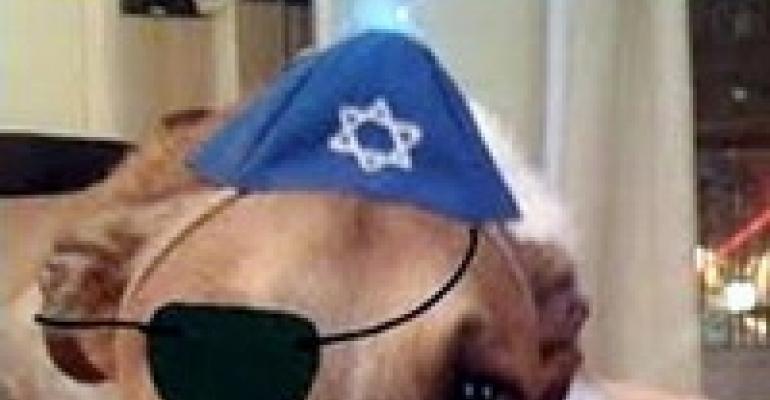 According to the latest online survey from Special Events, 53 percent of special event professionals use mobile apps—those inexpensive software programs that run on cell phones—in both their personal and professional lives. Here are some favorites:

The Units app allows Christopher Starr of Starr Tents to convert the metric measurements supplied by his European tent manufacturers to feet with ease. And, "The Weather Channel app to follow the radar for real-time storm tracking is an absolute must for all of us in the event business," he adds.

Splash ID is the app he uses "daily," notes John H. Crabbe Jr. of Vermont Tent Co., because it stores all his passwords and other vital data, which can be accessed with only one password.

A. Blayne Candy of Showcall USA recommends Outpost. "It gives us the ability to see client project updates in real time and react to those updates with assignable to-do lists and access to posted documents," he says. Another favorite: Pano, which enables Candy's design team to shoot panoramic photos during site inspections, then send them back to the office so the design team can work out details "before the site-inspection team ever leaves the walk-through with the client," he says.

David Smith of ShowPro is a fan of Pixel Perfect, which provides specs for most of the LED products on the market. "For example, if we are on a job walk and we know we need to get an LED screen in a particular area, we only need to know one dimension, and from that we can determine how tall the screen will be in a certain aspect ratio, how many tiles--thus the cost--it will need, how bright it will be, what the resolution of the screen will be, what specs to give their designer to design by, the weight, the size, etc.," he says. "We used to spend hours doing these calculations--not anymore!"

Another winner in Smith's eyes: the SPL Meter, which measures sound pressure levels. If a neighbor complains an event is too noisy and is breaking the law, "Now we simply break out our iPhone, call up the SPL Meter app, and let science do the talking."

A hardworking entrepreneur, Lara McCulloch of Ready 2 Spark relies on a variety of apps, including Evernote. "You can record voice notes, take pictures and jot typed notes while on the go," she explains, "so basically you can save things you think about, things you see and things you want to remember saying." Another fave: Dropbox, which she describes as "an FTP site that lets you sync files to use across computers, mobile devices and tablets." She adds, "It also lets you easily share files with other people--this is extremely useful when files are too large to email. They also back up your files so you don't ever have to think about it!"

Desiree Patterson of Luxe Event Rentals and Decor is fan of Layar, an "augmented reality" app that layers data snippets—such as info on the nearest bus stop or ATM--over the landscape shot by the phone's camera. "It is functional and has games as well," she notes.

On his downtime, Candy turns to Slingbox, which enables him to watch his home cable TV from his phone regardless of where he is in the world. It's "a great option when you are in Korea and tired of watching the same news loop on the international CNN station in your hotel room," he says.

Greg Poulos of Bluefin Productions likes Mobile Family Tree Maker, which updates his family tree "anytime I run into people from the gene pool," he says. And Falling Gems "is my 'wasting time' game," he says.

The team at Production Glue recommends the iPatch app, which puts a pirate-perfect eye-patch on, well, any photo you want (see photo). Try it on a photo of your cat.

Smith wants the techno geeks to create a new app, the Deadline Enforcer. What will it do?

"Simply input the criteria of your event in to the app, and it will produce non-negotiable deadlines for everyone involved!" Smith says. "Need to have a creative designer sign off on a projection piece you are working on? No problem, Deadline Enforcer will tell her exactly when she and her massive committee need to pull the trigger. Struggling to get your deposit on time? No worries--just send a screen shot of the deposit field of your Deadline Enforcer over to the client, and the check will come the next day--all for 99 cents!"