The Dallas Symphony Orchestra led the way in retelling the history of hip hop.

A Captivated Audience
The Event Nerd

Brunch-goers were captivated by the immersive performances that demonstrated the history of hip hop.

Hip hop legend Questlove, famously known for his band The Roots, curated the music for the event.

Catered by Low Country Quisine, brunch consisted of the finest Southern specialties, including shrimp and grits, chicken and waffle skewers drizzled with bourbon maple syrup, and jalapeño cornbread and biscuits.

The event's entertainment was designed to immerse the audience and bring them through a hip hop journey. Shown here: two event-goers enjoy the performances.

In the center of each table was a cube that held QR codes, which guests could scan for information and to make donations to the performing local nonprofits.

Jeremy Biggers and JM Rizzi, two of Dallas's most prolific creators, performed and helped tell the story of hip hop. 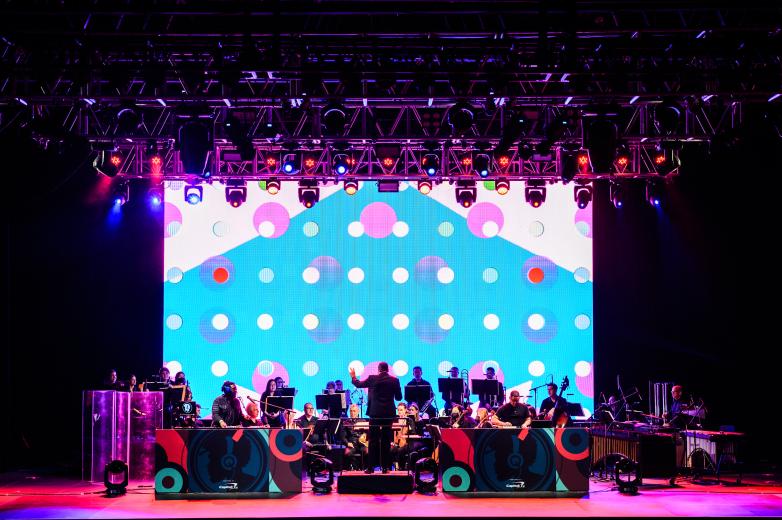 Next Up
A Ghoulish Twist on a Seafood Celebration
Start Slideshow ›