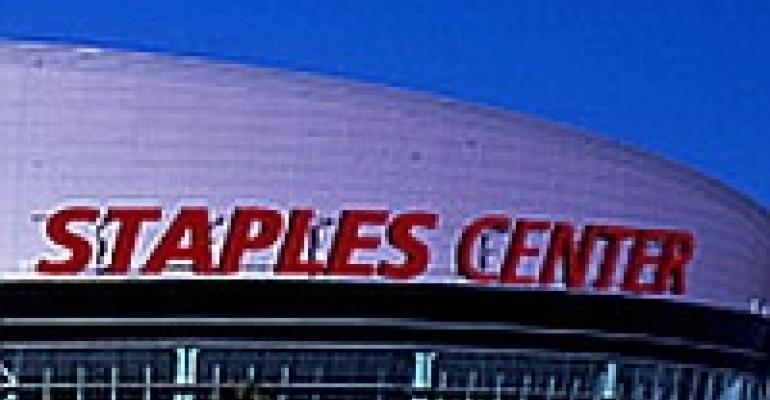 The list of celebrities slated to appear at the memorial service for superstar Michael Jackson tomorrow morning at Staples Center in downtown Los Angeles is impressive—from Lionel Richie to Mariah Carey to Magic Johnson, according to the Los Angeles Times. But what if half a million would-be attendees show up, too? That's the challenge facing the event's planners.

According to AEG Worldwide, which owns Staples Center, some 1.6 million fans registered via e-mail for the chance to win one of the 17,500 free tickets to the event, which will be held at Staples and simulcast at the Nokia Theatre across the street.

City officials are already planning how to discourage hordes of ardent mourners, precautionary measures that have drawn praise from Mark Flaisher, head of L.A.-based Mark Flaisher Entertainment. His firm has overseen mammoth events including the Walt Disney Concert Hall opening and the Los Angeles Times Festival of Books.

He also praised AEG's lottery system, which will have those lucky enough to be selected to land a ticket pick up their ticket and wristbands at L.A.'s Dodger Stadium, "a safe distance away from Staples Center."

WHAT IF THEY COME ANYWAY?

The wild card will be fans who show up at Staples Center even without a ticket.

"I think the LAPD and [L.A.] Councilmember Jan Perry made the correct decision to simultaneously tell the public to stay away from the event and to shut down the area within two blocks of Staples Center/Nokia Theatre," Flaisher noted, "to make it unproductive for people to stand around the perimeter."

He added, "The Jackson family made a great decision to provide a free television feed to all television stations. This will help reduce the demand to be at Staples Center/Nokia Theatre."

And in a debate that has been plaguing public events this year: Controversy is already brewing about who will cover the city's costs connected with the event.

Festival Season Not so Festive as Public Funding Dries Up