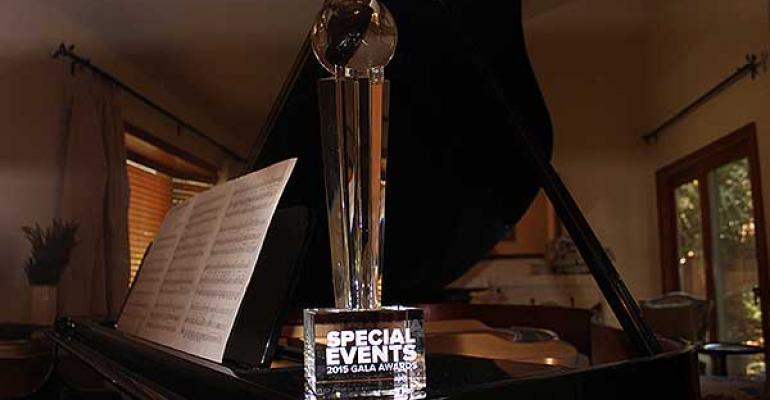 As The Special Event turns 30, we introduce the new Gala Award trophy

The new trophy is an entirely custom piece made of optically clear crystal. Its design continues to incorporate the values that the Special Events Gala Award stands for—a global event industry that reaches for the stars in its pursuit of excellence. The team at Jobe and Associates of Dubin, Ohio, oversaw the design and production of the new trophy under the direction of events manager Kim Romano and Special Events content director Lisa Hurley.

The first Special Event took place in San Diego in 1985. The second Special Event, held in Palm Beach, Fla., in 1986, staged the inaugural Gala Awards, which honored "the top 10 events of 1985."

The Gala trophy itself has changed over the past 30 years, with styles ranging from the metal "reaching for the stars" trophy of the last 14 years to a tall acrylic cylinder etched with a top hat and cane.

As The Special Event celebrates its 30th anniversary this year, the 2015 Gala Award trophy has a bright new look, in keeping with the bright future of the industry.