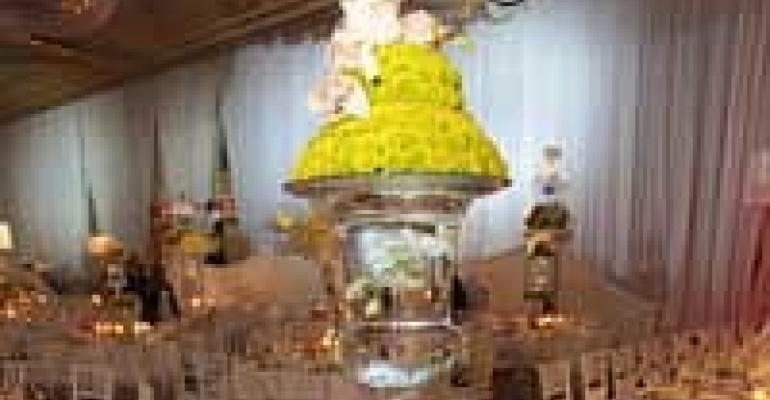 These leading galas won't let the sour economy spoil their fun &#8212; or their fundraising. Here, the ways they are tweaking their events to keep the parties profitable.

WHO BENEFITS AND HOW MUCH: Since 1952, the event has raised funds to support medical, health, education, social and human services for children in Dallas County. In 2009, the ball raised more than $4 million.

NEW FOR 2010: For this year's ball at the Hilton Anatole Hotel, all performers will be Texas-based, thereby greatly reducing entertainment travel expenses, notes 2010 ball chairman Cynthia R. Mitchell. On the flip side, auction items are notably more luxurious than in years past, and include a pair of coveted Super Bowl tickets and a private Cabo San Lucas, Mexico, villa for 20, with transportation by private plane.

MORE FOR LESS: Mitchell credits ball designer Tom Addis of Dallas-based Tom Addis Productions with getting the most bang for the event's buck. In addition to advising the planning committee on how best to score significant vendor contributions for the “An Evening in Imperial Kyoto”-theme event, “He has come up with clever and creative ways to refashion or reuse design elements from other projects,” she says.

SECRET TO SUCCESS: “We have a different ball chairman each year who brings her own creativity, ideas and talent to the event,” Mitchell says. Plus, donors “love the fact that we are constantly seeking to meet the most critical needs of children in our community, and [beneficiaries] are never the same from year to year.”
CRYSTAL CHARITY BALL
www.crystalcharityball.org

WHO BENEFITS AND HOW MUCH: Proceeds from the event benefit exhibitions, educational programs and community outreach at Washington's Corcoran Gallery of Art. Exact numbers are on the down-low: The Women's Committee of the Corcoran, which puts on the event, doesn't release fundraising figures.

NEW FOR 2010: Eric Michael of Washington's Occasions Caterers, an eight-year Corcoran Ball veteran, notes that this year, a very large exhibition at the gallery seriously reduced the “back of house” space available to his crew: “We had to be very creative and build double-deck kitchens with tables on top of tables to accommodate the 3,400 plates served during the dinner,” which welcomed 825 guests to dine in numerous gallery rooms.

BIG WOW: “The most unique dining experience was a ‘Project Runway’ room,” in homage to 2010 honorary ball chair Tim Gunn, Michael recounts. Working with Arlington, Va.-based Jack H. Lucky Floral Design, Michael and team designed 12 unique tables to appear as if contestants on the show had each created a look.“It was one of the highlights of the gala, and produced for very little money with remnants of fabric from the rental company and borrowed props and jewelry, all put together with volunteer labor.”

SECRET TO SUCCESS: Exclusive access. “It is the only time during the year that guests are allowed to dine amongst the art in the various galleries,” Michael says.
OCCASIONS CATERERS
www.occasionscaterers.com

WHEN: The annual benefit has been held since 1990.

WHO BENEFITS AND HOW MUCH: Proceeds support 200 New York nonprofits working to fight poverty and improve educational opportunities. The 2010 party, held in May, raised a record $88 million.

NEW FOR 2010: Guests this year got “more information about the work that Robin Hood does than ever before,” says Jim Samalis, the foundation's managing director of marketing, communications and events. The cocktail area at New York's Jacob Javits Center (the event's regular venue) featured six distinct edifices representing six different core areas of action Robin Hood funds, including teaching, feeding and healing. Lititz, Pa.-based Atomic Design and Bethel, Conn.-based Crawford Sherman Design teamed up to create the area, where screened projections on each building told success stories of specific programs and explained how donors — among them Wall Street's top movers, shakers and big-moneymakers — make these successes possible.

BIG WOW: “There was an audible gasp in the audience when Sting took the stage as a surprise guest performing an acoustic version of ‘Message in a Bottle,’” Samalis recounts.

SECRET TO SUCCESS: Samalis stresses the importance of delivering “serious information” with “a great sense of humor” — a balance sustained perfectly at this year's event by Brian Williams of NBC's “Nightly News,” whom Samalis calls a “stellar host.”
ROBIN HOOD FOUNDATION
www.robinhood.org

WHEN: The 19th Carousel of Hope Ball takes place this October; the event is held every other year.

WHO BENEFITS AND HOW MUCH: The star-studded biennial bash, presented by Mercedes-Benz at the Beverly Hilton Hotel in Beverly Hills, Calif., and benefitting the Barbara Davis Center for Childhood Diabetes at the Children's Diabetes Foundation in Denver, raised $3.2 million in 2008.

NEW FOR 2010: This year's benefit will bring easy-access electronic bidding monitors to the room, “which makes guest registration and auction pickup much faster and more efficient,” chairman Barbara Davis says.

MORE FOR LESS: “We have had to cut the budget in every area we can without compromising the integrity of the event,” Davis notes. For one, correspondence will switch from snail-mail to email, which will help “reduce mailing costs and protect the environment,” Davis says. Also, the ballroom and auction decor, masterminded by Beverly Hills-based star planner Mindy Weiss with table linen from famed fashion designer Reem Acra and flowers from L.A.'s Treefrogs, will be “simple, but beautiful and welcoming.”

SECRET TO SUCCESS: “Providing the best entertainment keeps the event exciting,” Davis states. In 2008, the Jonas Brothers, Josh Groban and YouTube sensation Charice wowed the crowd. This year, Jennifer Lopez and hubby Marc Anthony take the stage, all in the service of “conquering diabetes and caring for 5,000 children and adults with type 1 diabetes, treated at the Barbara Davis Center,” Davis says.
CHILDREN'S DIABETES FOUNDATION
www.childrensdiabetesfoundation.org

WHEN: The Diamond Ball celebrates its fourth anniversary this October.

WHO BENEFITS AND HOW MUCH: The 2009 ball pulled in $2.5 million (including a $1.25 million anonymous gift), helping to fund the only licensed specialty hospital in South Florida exclusively for children.

NEW FOR 2010: This year, conveniently enough, the Diamond Ball celebrates the hospital's 60th — or diamond — anniversary. Plans are hush-hush for the fall fête, but expect a lavish affair for 700 that immerses guests in 1950s Miami Beach.

MORE FOR LESS: Foundation events management specialist Morgana Rolle notes that to maximize resources for this year's event — which is almost double the size of last year's intimate 400-guest gala — her team is making good use of low-cost, high-impact elements, such as authentic 1950s postcards, which make appearances as invitations, sponsorship cards, wish lists and more.

SECRET TO SUCCESS: Staying on the move. Rolle says that unlike many galas, the event has a mandate to change venues every year, “which really helps us cater each event to our constituency.” At last year's ball, the foundation inducted Miami Heat superstar Dwyane Wade into the Ambassador David M. Walters International Pediatric Hall of Fame at the Biltmore Hotel in Coral Gables. This year, guests will gather to party in midcentury style at the Fontainebleau Miami Beach. Next year? Stay tuned!
MIAMI CHILDREN'S HOSPITAL FOUNDATION
www.mchf.org