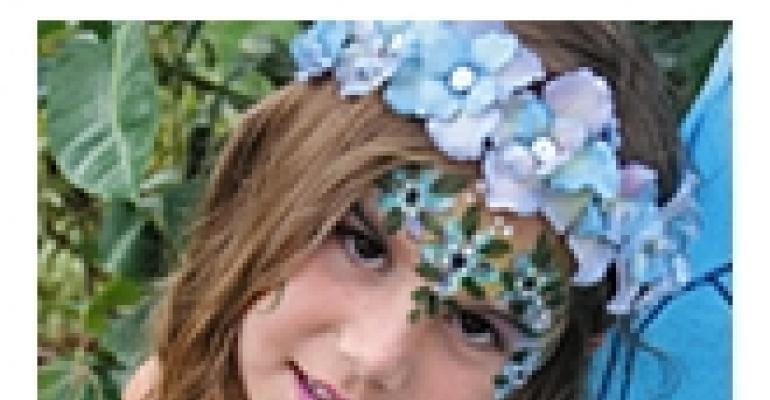 WHEN THE KIDS ARE COUNTING ON YOU

A Fine-art children's photographer by trade, Plantation, Fla.-based Karen Paige Hillman found herself in the role of event planner when she decided it was time to “give something back.”

Hillman says she wanted not just to help a needy organization but to do so in a way that related to her profession. She adds, “Nothing goes along with what I do more than a child's smile.” Hence her selection of Norfolk, Va.-based Operation Smile as beneficiary of proceeds from her “Fairy Garden Gala” — an April luncheon on the grounds of her Florida home where little girls got the chance to play fairy for one magical afternoon.

Inspired by folklore's depiction of fairies as “tiny beings, in human form, who will come to the aid of others,” Hillman says she conceptualized the gala as both a day of play for the children in attendance and serious silent-auction action for their parents.

In preparation for the event, the photographer solicited local vendors for everything from the event's tents — used to separate the garden into spaces for fairy face-painting, fairy jewelry-box-making and lunch — to gift bags to print ads trumpeting the first-time-ever event. Enlisting the aid of a well-connected friend who “is great at asking people for things,” Hillman also scored such in-demand auction items as a four-night stay at Atlantis Resort in the Bahamas, an exclusive mother-daughter shopping spree and a Florida Panthers-autographed hockey stick.

According to Hillman, asking for in-kind rather than cash sponsorship was key to the event's success: “I think if I had said, ‘Will you be my title sponsor? I need $10,000,’ it would have been a lot more difficult. But when you're going to someone and saying, ‘Will you help? I'm not asking for money,’ then they say, ‘Whatever I can do that is part of my services, I'll do.’”

That kind of savvy strategizing helped the novice event planner create a $150-per-guest event that didn't just bring smiles to the faces of the young girls — who enjoyed chicken fingers, fairy dress-up and a butterfly release — but also raised $22,000. That sum is enough for 90 of the life-changing cleft-lip and cleft-palate surgeries that Operation Smile funds internationally.

So inspired was Hillman by her Fairy Garden Gala experience that the photographer — who has never traveled outside of the United States — will journey to Peru with Operation Smile next year to witness the funds she raised being put to work. She already is planning a 2007 all-boys version of the event, which she calls “a safari-themed event beyond imagination.”

Only five years old, the annual Chef's Best exhibition-cooking event, from Variety Children's Charity of Northern California, exhibits great taste for its age. That's because a handful of the world's leading hotel chefs lend their talents to the fundraiser each year, helping the San Francisco-based chapter of the international organization donate grants and scholarships to agencies, groups and individual children in need.

Executive director Ellen Goodman, creator and organizer of the event, and one of the “2.5” staff members who run the tiny but tenacious chapter, says the fundraiser succeeds by focusing on quality rather than quantity. “I thought it was important to create a signature event that could impact the community,” she explains. “And because we work with populations that have a hard time finding balanced meals, I thought the food aspect really worked.” It didn't hurt, either, she adds, that “San Francisco is such a foodie town.”

Counting on donors to be propelled by their palates, Goodman, working with sponsor the Ritz-Carlton San Francisco, developed an event that invited four chefs from different Ritz-Carlton properties around the world to show off their chops with a sumptuous five-course meal. After four years with Ritz-Carlton, Variety Northern California joined forces with the St. Regis Hotel in San Francisco for the 2006 extravaganza, held in February. Relying on the same recipe that had made the event a hit among culinary aficionados, this year's Chef's Best featured four of the St. Regis top toques turning out such stunners as sashimi served on individual Himalayan salt blocks. “The chefs prepared the fish, put it on 210 colored salt blocks with all the little sides, and by the time it got to the tables, the fish was cured,” Goodman recounts.

With presentations like that, it's a wonder guests were able to take their eyes off the food. But they did manage to turn their attention to entertainment including a boys' choir and to additional opportunities for giving, such as a call for cash contributions toward the care of a trained companion dog. Generous donors kicked in $8,000 in a matter of minutes, Goodman notes.

The executive director credits the success of the event, which raised $35,000, to the unique exhibition-style cooking demonstrations and to the quality of the food served. At the same time, “The downfall is that the event is really hard to grow” while maintaining that level of culinary integrity, she says. Still, with needy children to help and dollars to raise, Goodman says growth is a must for the evolving event. “Maybe we'll do just the first-course as exhibit,” she muses. “Or have three courses instead of five. Make it a little different so new people can come …”

In its 18th annual incarnation, the Rainbows Golf Classic attracted 244 golfers, among them some of Chicago's most prominent business leaders, according to event director Cathe Vojta. The June 5 golf-and-dinner event, put on by Rainbows' Illinois chapter, also raised $250,000 to benefit children overcoming crises. But neither of these things might have happened without the event's unique volunteer components.

The Golf Classic's volunteer spirit starts at the very top, with the CEOs and other business bigwigs who serve on the event's planning committee, Vojta explains. Most significant is the effort the volunteer organizers put into one of the event's most challenging areas — the silent auction. “So many of these guys have a lot,” Vojta says. “In past years, we had things like a vacation to Cabo San Lucas {Mexico}. But then, these guys might already have a place there. At the same time, we're working from a charity standpoint, so we don't have funds or budget to buy big items.” Fortunately, the volunteer committee members rose to the occasion this year, donating such upscale desirables as a private jet excursion.

More volunteer action came on event day, and from noteworthy sources. One of these was UPS, which offered up an army of staffers, including department managers, to oversee on-site betting contests that brought in $6,000 in needed funds. Then there was the FBI — yes, that FBI — which sent eight agents to assist with registration and giveaways, greatly boosting the minimal Rainbows staff.

With such a generous outpouring of volunteer effort, it's no surprise that the Rainbows Golf Classic draws a majority of repeat attendees year after year, Vojte says. And that's a good thing, considering the cause: “So often when something bad happens, you'll hear the adults say, ‘The kids will be fine.’ But a lot of parents don't realize that the kids aren't fine.”