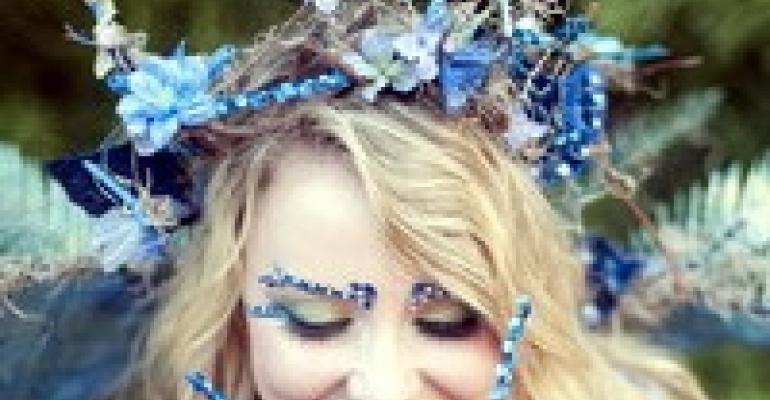 The residents in this fairy-tale forest not only charm, but they recycle, too

With “green” as the theme, Brown and her team set about transforming the grounds of the resort into an enchanted fairy forest for 340 guests. “With this being a 40th anniversary, we had a little more budget to work with,” Brown says, “so we really stepped up the dramatic elements to make it over-the-top-fabulous visually.”

To ensure that guests could see the forest for the trees, Santa Barbara's Cal-Western Landscape provided several hundred trees ranging in height from 16 to 23 feet, which Brown draped with vines and lights. Statuary and fountains rented from a local nursery added to the romantic look, as did hundreds of moss-covered stones and giant mushrooms, which were crafted from a fallen oak. “The timing of bringing in hundreds of trees, giant, heavy statues and another several hundred small trees and shrubs — all by forklift or dolly — was logistically challenging,” Brown says. “We had to adhere to a very detailed time line, but we were able to do it with everyone working together harmoniously.”

Upon entering the forest, guests were greeted by elaborately dressed fairies (their costumes made from recycled bridesmaid dresses), pixies and satyrs, who led them to the Deep Fern Grotto for cocktail hour, where they were treated to forest-inspired hors d'oeuvre, organic wines and vodka cocktails made with organic juice blends. As twilight approached, guests were ushered to the Greater Forest, where 23-foot trees — dressed with twinkle lights and lanterns and uplighted with gobos — provided a cozy woodland canopy. A forest-themed menu created by the resort included both meat and vegetarian options.

Thanks to dedicated recycling and waste-reduction efforts, the gala yielded “a 97 percent diversion rate,” Brown says, “which is a huge accomplishment for an event of this caliber.”

Building a Solid Team For a Destination Event
Jun 22, 2016