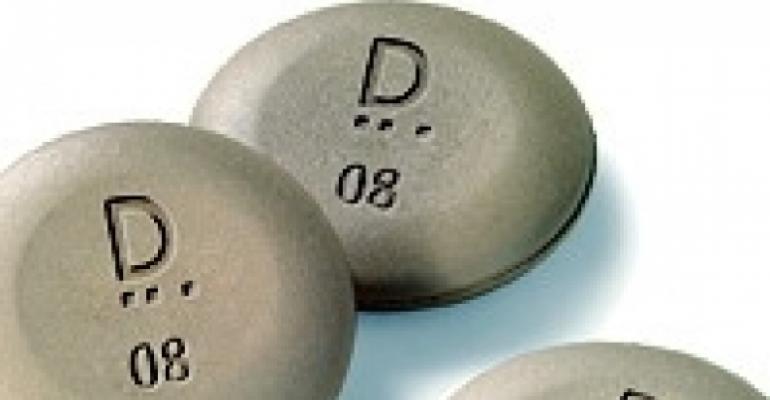 How long did the founders of La Tavola Fine Linen Rental wait to start using sophisticated radio-frequency identification (RFID) tracking of their inventory? Answer: They didn't wait; they started from Day One.

The Stones were already fans of Party Track inventory management software, notes La Tavola general manager Moira McGovern. Research into various inventory tracking systems led the Stones to pick RFID over other systems such as bar-coding because “It was the most cutting-edge of technologies,” McGovern says. Once the Stones decided on RFID, they were quick to partner with RFID supplier Datamars of Switzerland because Datamars was willing to work with Party Track.

At La Tavola, virtually all linen has a tiny RFID chip — the size of a button — sewn into it. The exceptions are napkins, chair cushions and pillows, where a guest might feel the chip. As linen is returned from events, laundered and prepped to go out again, La Tavola crew passes it through various scanning points, which track each piece. The system provides real-time information on what linen has been returned from events, what is missing, and what is ready to be sent out again.

As linen coming back from an event moves through the “returns” tunnel, the system pulls up each order. Even three bags of linen from three different orders can be tracked to show precisely which items are back and which are missing. Linen showing up as “returned” is marked “cleaning” and is sent to be laundered. Once these items come off the press, they move to the “bagging” station, which changes their status to “available.” “We now know that the linen is back on the shelf and ready to send out,” McGovern says. This linen is scanned again when it goes out on an order.

The company's investment in its RFID system was about a quarter of a million dollars, McGovern says, but the payoffs are many. “We are able to give clients faster, more accurate accounts on their returns,” McGovern notes. Further, the system has “all but eliminated our ‘fixes,’” she adds, where the company had to correct errors such as sending the wrong item to a client. Finally, the system eliminates much of the time-consuming drudgery of searching for a specific item. “Betsy tells stories of late nights at Sisters where there would be mounds of linens, and she'd offer $20 to the person who could find the one 108-inch round needle in that haystack!” McGovern says.

With prominent clients from coast to coast, including U.S. President Barack Obama, La Tavola management believes its RFID system ensures excellent customer service. “With this system double-checking at multiple steps through the process, we're not worried about shorting a linen on an order or charging a customer for replacement of a linen they're not really using,” McGovern notes. She adds, “We're in the rental business, not the sales business, and the last thing we want to do is charge replacement fees.”

Anaheim, Calif.-based GBS Linens is a pioneer in using RFID to track its linen inventory. The 25-year-old company has had its system in place for five years and continues to find payoffs. [See “Making it Count,” Special Events May 2006.] GBS uses a proprietary system — Specific Linen Electronic Usage Tracking and History, or SLEUTH — to track all its tablecloths and chair covers as they come back from jobs, are washed and repaired, and then sent out again.

Probably the biggest change since GBS started RFID tracking is that the chips themselves are cheaper and smaller, notes vice president of finance and administration Tony Poploskie. But more important than changes in technology are the changes GBS has made in how it manages the information the chips provide. “Computers only know what you tell them,” Poploskie says. “It's all about procedure, reminding people how to handle things.”

For example, GBS has added two new scanning “sub-stops” to its system: one station that tracks returning linen that needs to be repaired and one that identifies clean returned linen as eligible for restock. As a result, the company is able to credit clients quickly.

The payoffs from the system, which required an investment of more than $600,000, keep coming, Poploskie says. GBS is able to run leaner on warehouse staffing because the system enables the company to pull orders accurately in bulk rather than piece by piece. Less time is wasted on stock checks; “One employee used to think that was his last name because all he ever heard was, ‘Leo, stock check!’” Poploskie jokes. Also, GBS spends less on manufacturing. “It used to be if we needed something, our first reaction was to make 10 more of them,” he says, but not now.

Poploskie expects more benefits to come. “This helps us provide better service to our customers and keep our costs down,” he says. “It's the direction the industry should go.”