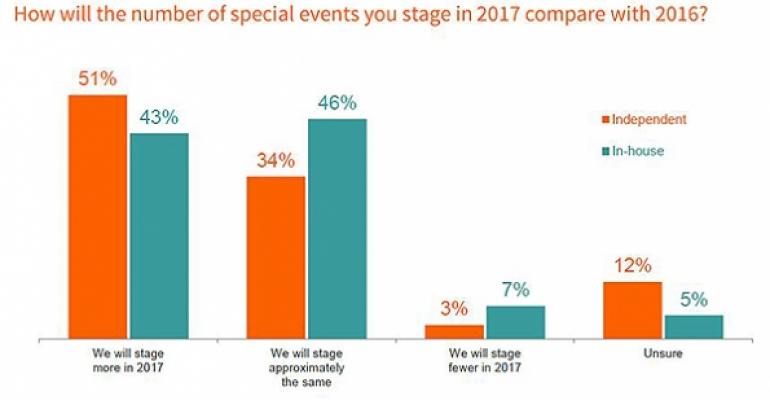 The 2017 Event Planner Forecast--a Special Events exclusive--shows that the majority of both in-house and independent event planners expect to produce the same number or more special events in 2017 than they have this year.

Half of independent event planner respondents (51 percent) and 43 percent of in-house event planners expect to stage more special events in 2017 than they did in 2016.

An additional 34 percent of independents and 46 percent of in-house respondents expect to stage approximately the same number of events in 2017.

The top three challenges facing in-house event professionals in 2017 are shorter lead times (cited by 46 percent of respondents), demonstrating the value/ROI of special events (by 40 percent) and reduced budgets (by 40 percent).

The full story will appear in the Winter edition of Special Events, available in January 2017.

Not a subscriber? We can fix that: just click here.