Special Events magazine today announces the nominees for the 2017 Gala Awards, the oldest and most prestigious award in events. This year, the magazine received entries from eight countries; the nominees were chosen by members of the Special Events Advisory Board.

The winners will be named at a gala celebration on Jan. 12 at The Special Event in Long Beach, Calif.

A company celebrating its 20th anniversary turned to Four Five One Events to create an event with innovative food stations and trend-setting design concepts.

Despite unexpected snow, the catering team decked out an old brick factory with a DJ suspended above a floating dessert buffet, a 12-layer doughnut cake, and a "Jerky Gallery" of three 7-foot-tall gallery frames offering jerkies made from different types of meat.

The event was just nominated for a 2017 Gala Award from Special Events.

By the Book: Events by Fabulous Creates a 'Storybook' Theme Gala for CHLA

Events by Fabulous creates the "Once Upon a Time" storybook-theme gala for Children's Hospital Los Angeles, complete with Snow White, Cinderella and the most wonderful storybook princess of all: Katy Perry!

More than 1,200 guests raised a whopping $4 million in unrestricted funding for the hospital--truly a happy ending.

This show must go on--and with acts this great, it needs to go on as soon as possible!

Come along with us as we showcase some great new entertainment available for your next special event.

Don't look now but the year-end holidays are almost here. And so we present a dozen great gift ideas for the 12 days of holidays. You might find yourself setting a few of them aside just for you ...

Match Made in Heaven: Heaven's Gift Creates a Bird-theme Wedding

With a scant one and a half months of planning time, the Heaven's Gift team creates a wedding for 1,300 guests that honors the traditions of the couple's homelands—Hong Kong and Singapore—with a wedding that respects strong family bonds, and celebrates the miracle of their chance meeting leading to marriage.

The bride—an interior designer—inspired the use of royal blue as a color touchstone, with a design concept that mixed traditional elements with chic touches, including a wedding lion and an LED panel with motion graphics.

The event was just nominated for a 2017 Gala Award from Special Events.

Encore, encore! You loved Tuesday's article on the latest and greatest acts for special events, so we're bringing you even more today. From virtual reality to one great, big disco ball, it's all here for you to enjoy.​

Missed the entertainment story from Tuesday? View it here.

Dazzling Desi Weddings: Photos from the Files of Maharani Weddings

The Maharani Weddings site showcases the drama, color, pageantry and sheer joy of desi weddings. Come along with us as we take a peek at six spectacular examples.

Two huge event markets—California and Nevada—approved measures on Election Day to permit recreational marijuana use. Massachusetts and Maine also came onboard the recreational cannabis train on Tuesday, bringing the total of "recreational OK" markets to nine. (Recreational use has already been sanctioned in Alaska, Colorado, Oregon, Washington and the District of Columbia.) A measure to legalize recreational use of marijuana failed in Arizona.

The impact on the event industry will only steamroll, as many guests visiting these event meccas will—in true YOLO [you only live once] spirit—give cannabis a try.

Catch your breath now--because these gorgeous events will leave you breathless. Here: the 2016 Special Events Gala Award nominees. You can enjoy the awards ceremony for free at The Special Event, Jan. 14 in Orlando, Fla. All you have to do is dress up and show up! 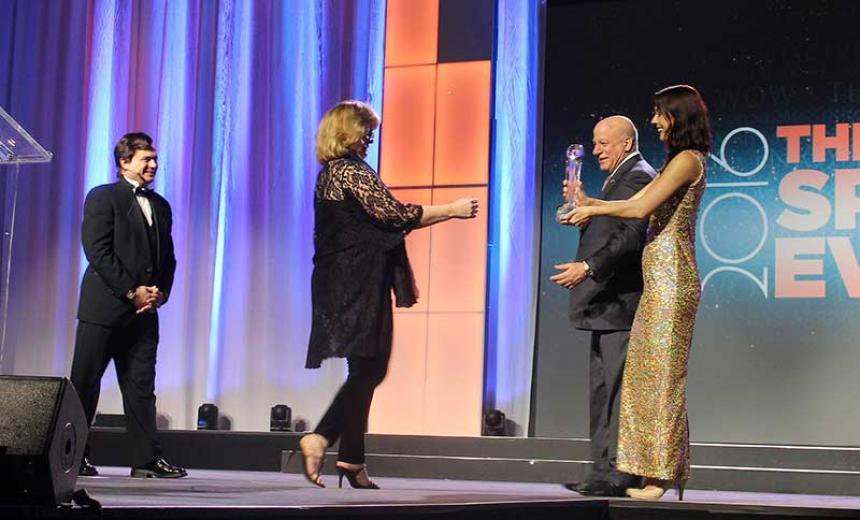 Next Up
In Pictures: Sukkot Celebration
Start Slideshow ›