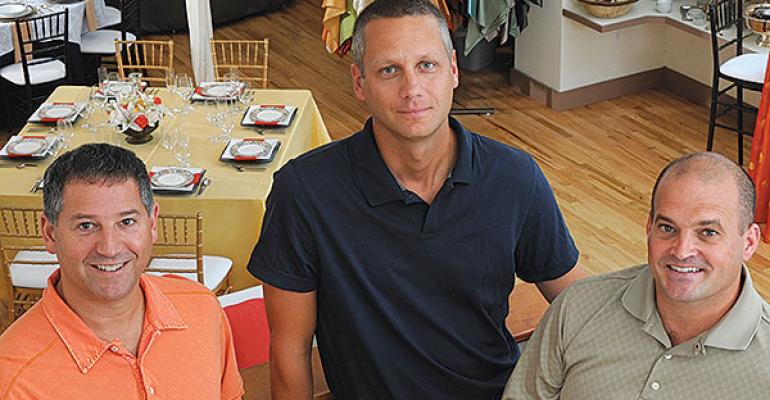 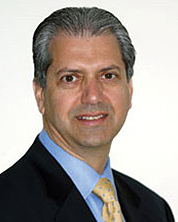 Vermont Tent Co., a favorite of both corporate event planners and brides seeking a rustic Vermont wedding, announced Tuesday that three key employees have taken over ownership of the company from longtime leader John H. Crabbe Jr., CERP (at left).

Management promises a "seamless transition" to new CEO Mike Lubas, CFO Lon Finkelstein, and COO Mike Solomon, each with more than 20 years' tenure with the company.

Crabbe, who founded the South Burlington-based company in 1975, said in a statement, "For almost 40 years, I have had the pleasure building Vermont Tent Co. into what it is today and am so happy that I can pass it on to the employees that have helped me to build such a fantastic company. As we transition to new ownership, I will stay on as the business development director and look forward to watching the continued growth and success of Vermont Tent Co. It is in better hands than ever.”

Crabbe tells Special Events that the leadership turnover plan has been in the works for years.

THIS ISN'T THE CIRCUS "Since the beginning years ago, it's been hard to keep employees," he says. When their children say they are going to work for a party rental and tent company, "The parents say they are working for the circus; they want them to go into real estate or something like that."

How to Keep Great Employees 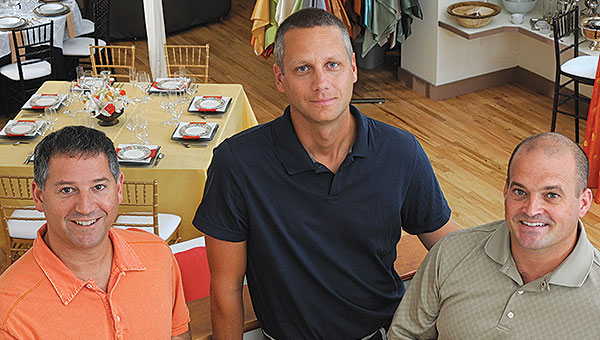 Crabbe says he asked himself how he would keep talented employees such as Finkelstein, Lubas and Solomon. One strategy was granting them shares of stock each year, with the shares vesting after five years. (From left, Lon Finkelstein, Mike Lubas and Mike Solomon.)

As another step in the goal of professionalizing event rental, Crabbe was part of the team that pushed through the ARA's CERP certification program.

LAUGHING LAWYERS Finally, Crabbe says he promised them years ago that when he turned 65, which happened last year, he would sell the business. "They all stayed loyal and built this business," he says. "There is no way I could have built what we built without them." He says he has been weaning himself away from day-to-day operations for some time. The process has been so seamless, he says, "even the lawyers are laughing about it."

Crabbe says the three new owners complement each other well. "It's a perfect partnership," he says. He adds, "The nice thing is that everything is in place. Nothing's changing. It's the same people; everyone just went up a notch."

“My partners and I are proud to continue the traditions currently in place, and build on the relationships that support our community," Lubas said in a statement. "Our dedication to the highest level of service that our clients have come to depend on will continue as our company moves forward."

BRIGHT FUTURE Crabbe foresees bright days ahead for Vermont Tent Co.'s business. After the sharp downturn of 2008-2009, "In 2014, we surpassed our best year ever," he says. "And this year is ahead of last year already."