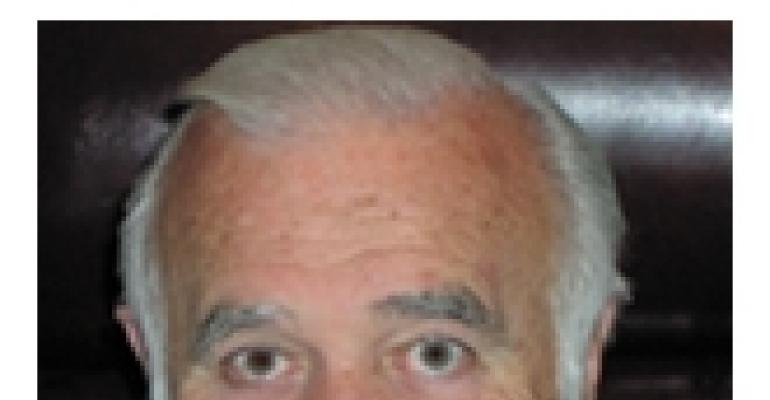 SINCE manning the barbecue as a favor for a friend in 1967, Sam Orlando Sr. has built an epicurean empire in St. Louis that served 300,000 last year and includes an off-premise catering company, banquet and conference centers, and a bed and breakfast lodge. Orlando was recently named the Missouri Restaurant Association's 2006 Restaurateur of the Year — marking the first time a caterer has received the award.

From humble beginnings, Orlando's catering production has grown up alongside the industry it serves. “There really was no ‘special event industry’ 25 years ago. If a person wanted to have a party, they had to do the footwork themselves,” Orlando says. After his success grilling burgers, Orlando and his wife — with five children under the age of five — were soon catering out of their basement in the evenings while he drove a truck for a local bread company during the day. Now he and his family fuel events in St. Louis with Catering by Orlando's and three Orlando Gardens banquet and conference centers. The family also built its own venue, The Lodge at Grant's Trail, a log cabin just outside St. Louis. Orlando cites these distinctive venues as a way to keep customers happy: “We can provide a unique event experience for all of our clients,” he says.

The fledgling special event industry grew as everyday life became more complicated and professionals stepped up to take the burden of producing events off busy people, Orlando explains. “Within the last 15 years or so, as our lives got busier, people welcomed the event professional that would take care of the many details that make up a special event,” he says. He estimates “the number of caterers in the phone book in 2007 has to be 20 times the list in 1967.”

Sophisticated customers have triggered transformations in the event industry, too. “In the last five years with the help of the Internet and travel, the knowledge and tastes of the general public have changed,” Orlando says. “People expect more from their event professionals.” In order to provide exceptional service, Orlando stays on top of food trends and goes beyond the ordinary in such details as presentation.

The wide world of the Internet helps Orlando fashion fabulous events “with a click of a mouse,” he says. A deep pool of resources is available — the St. Louis market is no longer the limit for St. Louis-based event professionals. “We now have access to industry magazines and conferences where we can share information with other event professionals across the country and around the world,” he says.

An expanding industry invites new challenges. As insurance become more costly, the price of doing business increases dramatically, Orlando explains. And while he maintains that competition is a positive thing, it can go bad very quickly “if it means the introduction of a great deal of unprofessional, poor-quality vendors into the market.”

Orlando admits that staffing the unpredictable catering business is tricky. “We tend to rely greatly on part-time staff — finding and retaining talented people with a good work ethic is difficult,” he says. However, he takes pride in his full-time staff, especially now that all five children work with him. “I think my proudest accomplishment is building a business from nothing that now continues to be successful with the help of my children,” he says. “This business would not be the success it is today without the hard work and dedication of my entire family.”

Orlando Gardens founder and president Sam Orlando Sr. can be reached at 314/638-6660; www.orlandogardens.com.