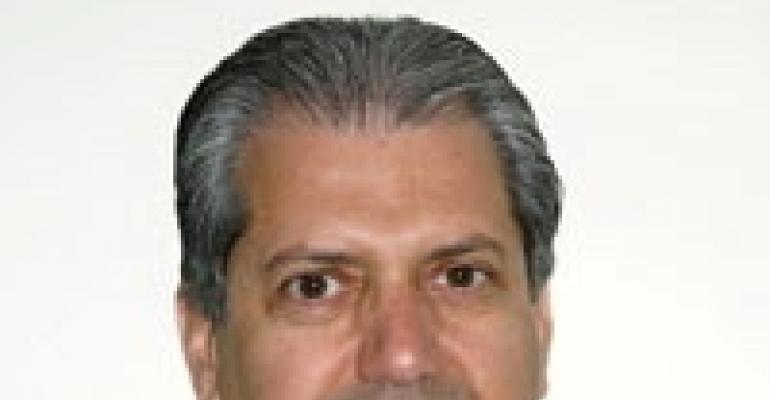 What does an hour of the delivery driver's time cost? It's not his hourly wage. The practice of job-costing — factoring in all the expenses associated with a project — can not only shore up margins but can help rental managers make better business decisions throughout their operations. A team of event rental experts tackled the issue during a seminar at the ARA “Events & Tents” program in Atlanta Feb. 28-March 1.

The process has hurdles, Frost pointed out. To develop true costs, all team members must understand the benefits of job-cost analysis. “You can't go with estimates,” he said. The process is time-consuming, and it's important to develop a system that is right for each individual business, he noted. “We always find something we want to track,” he said. “I don't think you can get it right the first time — start somewhere and it will grow.”

The concept of transportation cost — which Frost put as the equation “trips + time = dollars” — was a tough one for one of his drivers, Frost said. “He used to say, ‘But it's all done by the end of the day,’ even when it took him four trips to the site” to complete the delivery. Frost added wryly, “He used to work for us.”

Harold Sater, managing director of A&A Tent Productions of Shreveport, La., takes a broad view of job-costing, not only considering hard costs such as permits and travel distance but human elements that can drive up expenses, such as a high-maintenance or slow-paying customer.

SOMEONE'S GOT TO PAY

Sater's tent-rental form covers specifics including whether his crew has to check in with a client representative before installation, which can delay the job. If a job site requires crew to wear hard hats, “Who is going to pay for that?” he asked. Making a profit on a job, he explained, means understanding that “It's all about time, effort and money.” He turns down jobs he can't make money on, adding, “We can't be everything for everybody.”

Sater warned attendees against giving quick estimates to clients lest they underbid the job by failing to account for all costs involved. “How many of you can give a tent quote in less than five minutes?” he asked. “If you said ‘yes,’ then you are missing the boat.” He noted that sometimes clients will push for a fast answer, “But I say, ‘All I can tell you is that I'll get back to you,’” he explained.

Delores Crum, CERP, owner of Austin Party Central in Austin, Texas, shared her delivery, installation and strike report, which enables her to track and manage labor and delivery costs by team, client and job.

Crum pays particular attention, she noted, to the “comments” section of the report, where drivers list problems such as traffic snarls or locked gates at job sites. The report also helps her compare the productivity of her various teams. “Why,” she asked, “does one team drive 45 miles and the other 78 miles for the same job?” Her reports have taught her to avoid pitfalls in scheduling jobs, such as allowing too-narrow pickup and delivery windows, she said.

John H. Crabbe Jr., CERP, president of South Burlington, Vt.-based Vermont Tent Co., has been job-costing for six years. He creates his forms in the basic software program Excel, “and I update them every year,” he noted.

One of the great benefits of job-costing, Crabbe said, is that it reveals truths about profitability that management might miss. “I had a feeling that my commercial jobs and big weddings were more profitable than the smaller weddings,” Crabbe said. But his cost analysis showed the small jobs pay off big. As a result, “I'd rather do 10 $7,500 weddings than one $75,000 wedding,” he said.

Like Crum, Crabbe uses job-costing to evaluate employee productivity and skills. “Some employees are better on commercial jobs because they don't have that social finesse,” he noted. He described one staffer who is especially adept at installing dance floors and twinkle lights at weddings with skill and speed, details that bedevil other workers. “He brings in the lowest costs” on these events, Crabbe said, and so has become the go-to staffer for these jobs.

Using hard numbers from job-costing to evaluate productivity helps during employee reviews, Crabbe added. “They know they are working for a professional company and are being properly evalu-ated,” he said. “We can tell them, ‘Here is where you need to improve.’ Job-costing did that for us.”

Crum urged attendees to keep in mind the ultimate goal of job-costing. “Don't let the details get in the way of concept,” she said. If a simpler job-costing form does the trick, use that instead of an elaborate one, she said. She underscored her point by quoting the poet Longfellow: “In all things, the supreme excellence is simplicity.”

Discounts in Event Rental are a Double-edged Sword