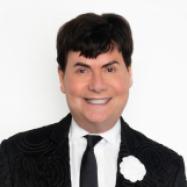 Steve Kemble, founder of Dallas-based Steve Kemble Event Design, who was recently profiled in the New York Times and named one of the “Top 10” event planners in the world, has produced events for presidents George W. Bush and Barack Obama, Oprah Winfrey, the Dallas Cowboys and many others. Kemble has garnered more than 25 industry awards for his events, including being inducted in the Event Industry Hall of Fame, receiving the Special Events Magazine Lifetime Achievement Award, and being named Meeting Professional International’s International Planner of the Year. He served as president of the International Live Events Association (ILEA), as president of the Dallas Meeting Professionals International Chapter (MPI), on the national board for the National Association for Catering and Events (NACE), and as chairman of the SEARCH Foundation assisting event professionals in crisis. He currently serves as a board member of Visit Dallas and is chairperson of the Steve Kemble Leadership Foundation.