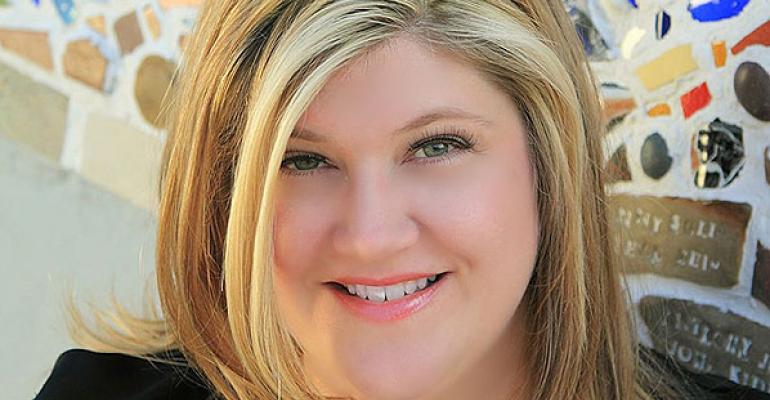 Don't let them steal your stuff! How to protect your creative ideas 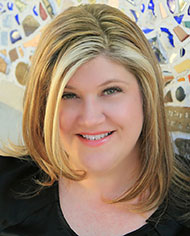 Often when I’m traveling and speaking at conferences and industry chapter meetings, I get asked the same question over and over: How do you protect your ideas when pitching them to clients?

I’ve heard all the horror stories about potential clients stealing ideas from a proposal, then producing the event themselves.  Sadly, I’ve heard the same story apply to planners, caterers, etc.  It’s time out for this!

We should not be afraid to present great ideas and no one should be stealing the intellectual property of others.  We’re professionals.  Let’s act like it.

Warning: I’m going to tell it like it is, so buckle up!

Hey, planners:  If you ask several vendors to bid on your event, do not share one vendor’s proposal with another in an effort to get a cheaper price.  Do not share vendor proposals with anyone outside your team who is directly involved on the project. This is stealing. It is wrong, and you will never be successful if you operate this way.

Hey, vendor partners: Don’t accept information from a competitor.  If a planner sends you a proposal that your company did not create, do not look at it.  Send it back and explain that you have too much integrity to rip off ideas and pricing from someone else.  Then, never work with that planner again.

Hey, clients: Don’t do the above either.  Strong, healthy event communities communicate with each other, and we will weed out clients who are dishonest.  News travels fast.  We are not such a desperate lot to take work at any price, and we draw a line at cheating, lying and scheming.  It is bad business and we don’t want it.

It’s happened to us.  We created a strong brand for a nonprofit event and produced the event, which included a lot of original artwork and custom promotional pieces.  The event was a success.

A few months later I received a call from our graphic designer, who works in Boston.  She received a call from a printer in Colorado who recognized her work when a woman came into his shop to see if he could reproduce the collateral for her event.  In essence, she wanted to steal our invitation design.  The printer told her that he could not copy someone else’s work and let her know what she was doing was wrong; she should hire a designer herself.  We found out about it and shut it down.  Do you see how we all had each other’s back?

Now the good news!  In our company, we sell our intellectual property every day.  We do not provide a service; we provide a product.  We create fully formed events (product), including the idea that will meet the clients’ goals, the budget, the vendor partners who will be involved, the location, the date, the logistics, the on-site support, the sponsorships, etc.

We pitch all of this information to every potential client we choose to do a proposal for without fear of theft.  How?  We require every potential client to sign a non-disclosure agreement (NDA) before we agree to share our ideas.  If they won’t sign an NDA, we will not pitch to them.  Period.  We explain that by signing the NDA, they are not agreeing to hire us; they are simply agreeing that they cannot use the ideas we pitch to them without hiring us.  Ever.

I am not an attorney, so seek one out if you need more information on how an NDA works in your state or country.  I highly recommend this.  It is a common practice for companies to require NDAs, so why are event professionals so scared to require this?  How are we different from any other industry?  We are not.  Business is business.  We need to work smarter and protect our ideas.

What if they say “no”?  This is up to you, but without a signed NDA, you have no recourse if your idea is stolen.  You have to weigh the risk.

In my experience, clients are happy to sign the NDA.  Sometimes they have to go to several layers in their organization to find someone who is allowed to sign contracts.  You have to give them enough time to comply.

When I first meet a potential client, I scope them out to decide if I want to work with them and do a proposal.  If I want to pursue their project, I tell them in that first meeting what the next steps will be.  First, I’ll go back to the office and confer with the team to come up with a concept that will meet their goals.  Then we’ll create a proposal and budget.  We’ll send an NDA that they must sign before we come back to pitch.  If the client has questions about the process or NDA, I answer them right then.

As I mentioned, NDAs are commonplace for corporations, and I never have an issue with them. But, some nonprofits or smaller businesses might not be as familiar with NDAs, so I walk them through our thought process and why we need to protect our intellectual property.  If they say no, we end the relationship and do not pitch to them.  If a potential client says no to signing an NDA, I believe you’ve dodged a bullet.  You do not want to work with clients like that anyway.

Another example: Seven years ago we were hired to produce a nonprofit event in Colorado.  We followed the process I described above and they happily signed an NDA.  The event was a great success, and they decided to continue it annually.

The client asked us if they could plan the event themselves in Year 2 (since we made the 1,200 hours look so easy!) and I agreed, thinking they would call us back into the project early on when they realized they did not have the internal bandwidth to handle it.

Months went by … no call.  Six weeks before the event through a series of circumstances, I found out they did not plan the event themselves but had instead hired a competitor to re-create our vision.  I contacted our attorney, who confirmed that the NDA still applied and we could shut down the event immediately.

Of course, we did not do this as we live in a small town and the press would report it as “Nasty Event Planning Firm Shuts Down the Fundraising Event for a Local Nonprofit Who Helps the Poor and Homeless” or something to that effect.  So, I contacted them and explained that I felt they should be ashamed of their actions (I felt better anyway).

My attorney then added language to our NDA that states that if a client hires us and uses our idea then decides not to hire us in consecutive years, they cannot use our idea unless they get our permission and pay $5,000 each occurrence.  Lesson learned.

Bottom line: Be honest.  Don’t use information that someone created in a dishonest way.  Protect yourself by using an NDA, then feel free to share your amazing ideas with potential clients.

Competing with ideas is way better than competing on pricing.

Consult an attorney as NDA language varies depending on where you live.  If you want an example of an NDA we use, email me and I’ll send it to you.  If you have questions, email me.  I’m happy to share!

Tami Forero is a strategic event planner and CEO of Colorado Springs, Colo.-based company Forté Events. With 22 years of event planning experience, she helps clients meet goals using experiential events and is a sought-after speaker across the U.S. on the subjects of sales, work-life balance and profitability.

Do You Have the Correct Event Planner’s Insurance? I Thought I Did…
Aug 31, 2015