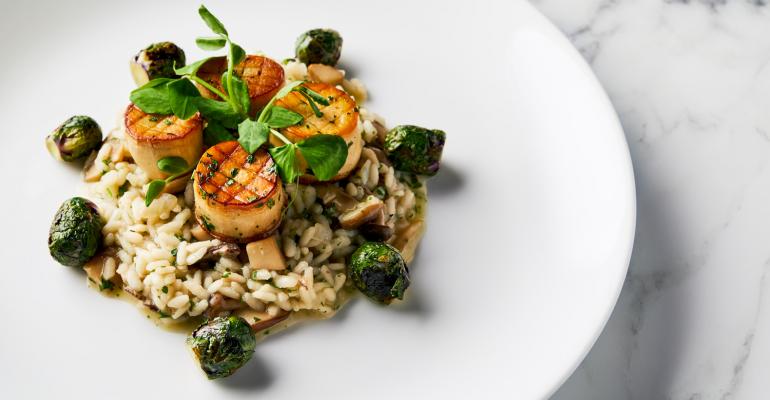 With a scant two weeks' notice, the team at the Beverly Hilton turns out a vegan menu for the nearly 1,300 guests at the Golden Globes.

Turning on a dime, the culinary team at the Beverly Hilton Hotel in Los Angeles created an all-plant-based menu for the Golden Globes party on Sunday for nearly 1,300 guests.

The request from the Hollywood Foreign Press Association, the group behind the event, to go all-meatless came only two weeks before the big party. 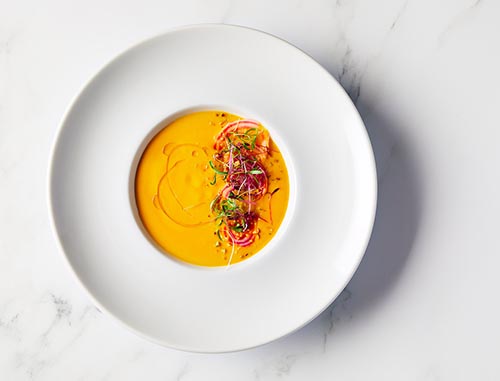 “Over the holidays, we took time to reflect on the last year and began thinking about the new year and the decade ahead,” Lorenzo Soria, president of the Hollywood Foreign Press Assn., said in a statement to the Los Angeles Times on Thursday. “The climate crisis is impossible to ignore and after speaking with our peers, and friends in the community, we felt challenged to do better. “The decision to serve an entirely plant-based meal was embraced by our partners at the Beverly Hilton, and represents a small step in response to a big problem,” he continued.

“As long-term partners of the HFPA, we are pleased to support their decision to offer an entirely plant-based menu for the 77th Annual Golden Globe Awards,” Beverly Hilton executive chef Matthew Morgan tells Special Events. “Our talented culinary team is excited to create dynamic plant-based offerings for Hollywood’s best of the best.” 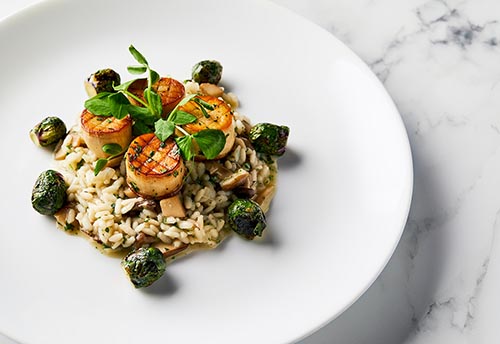 To reduce plastic waste, the HFPA teamed with Icelandic Glacial to offer guests water in glass bottles, and offered only paper—not plastic—straws.