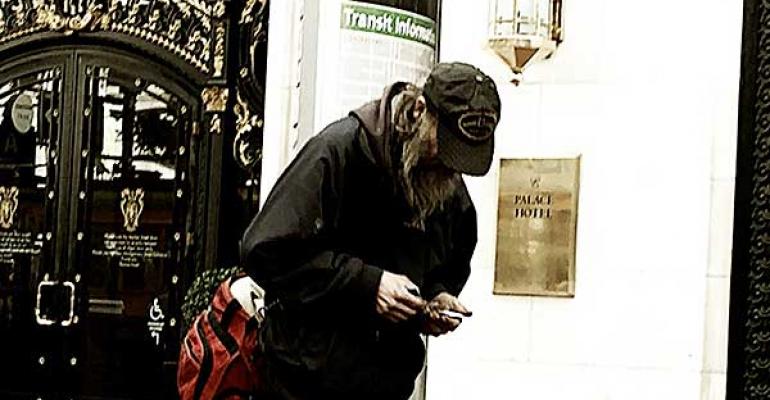 Super Bowl 50 Menus Served to Both High-ups and Homeless

Many caterers and event planners in the San Francisco Bay area made sure that food left over from the parties running up to the big Super Bowl 50 game on Sunday donated their leftover food to the charity&nbsp;Food Runners.

A good caterer never wants to run out of food--but doesn't want to waste it, either. Many caterers and event planners in the San Francisco Bay area made sure that food left over from the parties running up to the big Super Bowl 50 game on Sunday donated their leftover food to Food Runners, a local volunteer organization that picks up and delivers some 15 tons of food a week. The Good Samaritan Food Donation Act, signed by President Bill Clinton in 1996, protects food donors in the U.S. from liability for food they give to nonprofit organizations.

The luncheon was held just south of downtown, with about 100 in attendance. Compared with other galas in this, the host city for Super Bowl 50, the affair was modest, low-key. None of the celebrities serving as attractions to the corporate mega-parties showed up: No Joe Montana. No Iggy Azalea. No Jamie Foxx. The attire was decidedly Friday-casual. And the protocol was strictly seat yourself — typically in a tent pitched on a sidewalk. "Thank you, thank you very much," said a soft, halting voice from within one of a row of shelters lining 13th Street, beneath a thrumming onramp to the Bay Bridge. The tent flap unzipped. Two hands reached out and retrieved a boxed meal of chicken salad, quesadilla and a bottle of iced tea. With that, volunteer Wayne Garcia and two helpers advanced with a loaded hand cart to the next tent.—Los Angeles Times

UPDATE Mary Risley, director of Food Runners, tells Special Events that her group picked up and delivered some 1,300 pounds of food in San Francisco from Super Bowl events, along with large pick-ups by food-rescue programs in neighboring Sonoma, Contra Costa and San Mateo counties.

Risley reminds caterers in San Francisco that her organization picks up excess food and donates it to shelters. "It's easy to donate; just package the food--chill it if necessary--and call 415/929-1866 to have it picked up," Risley says, "or donate through www.foodrunners.org."