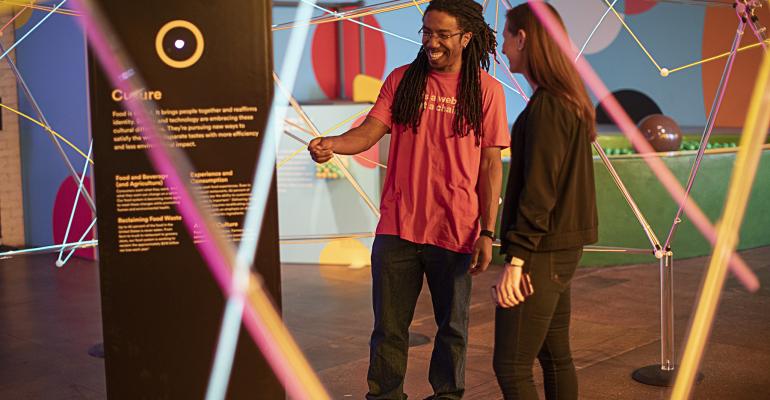 The Best Brand Activations at SXSW This Year

An event expert shares her takes on the top five brand activations at SXSW 2019.

SXSW began as a humble event centered on music in 1987, back when its home of Austin, Texas, was relatively unknown. To say things have changed is an understatement.

Now, this annual event--held every March--has evolved into an international stage for creatives from around the world to gather and share ideas on everything from digital to film to technology. And it is also a stage for brands to flex their creative muscles, providing serious inspiration for event professionals everywhere.

This year’s crop of brand activations, designed to get SXSW attendees interacting with a brand and (hopefully) posting about their incredible experiences on Instagram, set the bar high. Here are my top five: 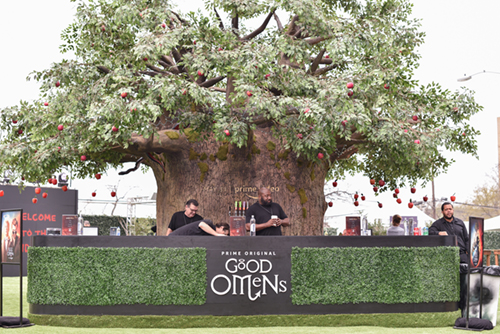 1. Amazon Prime Video’s “Good Omens” Garden of Earthly Delights / Photo courtesy Amazon Prime Video
Actors Michael Sheen, David Tennant and Jon Hamm lent a little star power to the three-day activation held by Amazon Prime Video to celebrate its new novel-turned-series “Good Omens,” which launches May 31. Set at the brink of the Apocalypse, this six-episode show will tell the story of an “angel” (Sheen) and “demon” (Tennant) who team up to stop the end of the world.

To drum up buzz for the premiere, Amazon Prime Video kicked things off with a conversation with the author of the “Good Omens” book, followed by a showing of never-before-seen clips from the series.

Its “Garden of Earthly Delights,” set up on Austin’s Driskill Street, is what really stole the show, however. It featured setups such as a 20-foot tree serving as a bar that also bore prophetic apples from its branches; heavenly and hellish cabanas for relaxing, alongside pampering areas for manicures, hairstyling and hand massages; a pop-up bookshop with surprises hidden among the shelves; and even a puppy pen full of adoptable animals from Austin Animal Center.

Throughout the weekend, more than 14,000 visitors passed through the Garden, which also including roving entertainment acts such as magicians, sword swallowers and fire breathers. Wow! 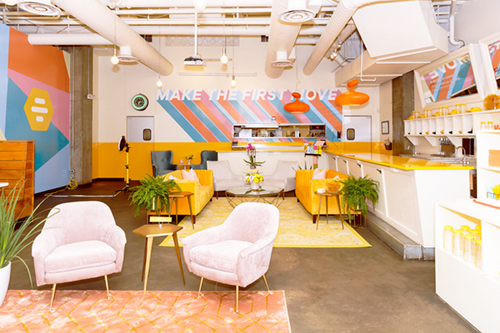 2. Bumble’s Hive / Photo by Laura Delacruz
The brightly colored Hive—an activation from dating/friendship app Bumble, on which women make the first dating move—was as cheerful and spring-like as it could be, taking over local shop Jo’s Coffee in Austin. Being locally based worked to the advantage of the company, enabling it to run its pop-up for the entire duration of SXSW, rather than only a few days of the festival, and attracting about 20,000 visitors in total.

Part of the Hive’s programming was themed around Bumble’s new profile badges, which give users a way to share more about themselves in the app. For example, to promote the astrology badge, users had a birth-chart reading session; for the animal lover badge, they had a dog brunch, where dog owners could snap a new Bumble profile photo with their pup. Bumble also hosted speed mentoring and breakout sessions focused on friendship finding and business networking, as well as dating.

Beyond the interactive events, however, part of the appeal of Hive was the enticing smells wafting out the door of Jo’s, which served free breakfast tacos and coffee every morning from 7 a.m.-9 a.m. Talk about a sure-fire way to get attendees out of bed! 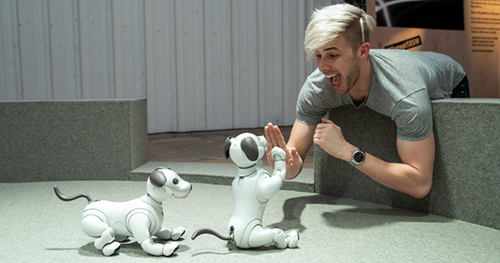 Dubbed WOW Studio, this event ran from noon to 8 p.m. for four days at SXSW, with sessions meant to help answer a key question: Will technology enrich human creativity? (The answer, in Sony’s mind, is yes.)

This meeting of the minds sparked incredible conversations both in the WOW Studio and beyond, as guests left with plenty of answers—as well as many more questions to ponder. After putting their brains to work, attendees also got to use their hands and get interactive with fun exhibits created by Sony, such as a high-tech version of darts, a robotic dog named Ibo, and a sound cave where groups made music together in total darkness. 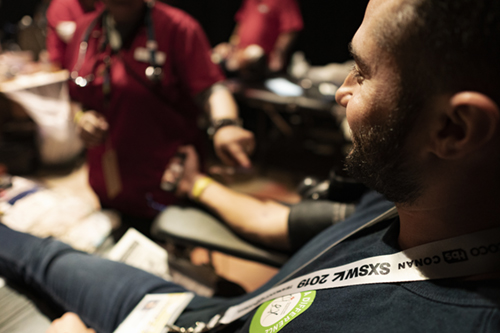 4. HBO’s Bleeding #ForTheThrone / Photo courtesy HBO
The timing of SXSW, March 8-16, was ideal for HBO to promote the upcoming eighth and final season of its smash hit “Game of Thrones,” which premieres April 14. To do so, it partnered with the American Red Cross to ask fans what they’d do for the Throne. The answer was give blood--and lots of it.

In a brand activation that was both interactive and inspiring, HBO invited SXSW attendees to schedule their blood donation appointments in advance online using a special code. Anyone who donated blood by March 17, either at SXSW or at a local Red Cross blood drive, was automatically entered for a chance to win one of five trips to the world premiere. This was an excellent example of an event activation that incorporated ways for even non-attendees to participate in the fun, and also give back. 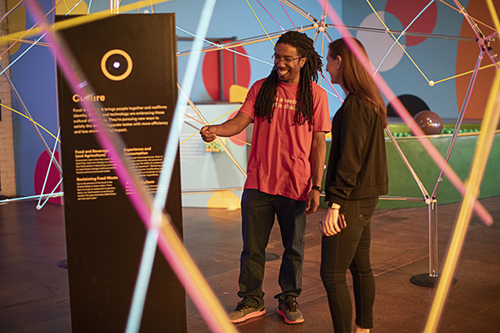 5. Land O’Lakes: The Copernicus Project /  Photo courtesy Land O’Lakes
If the name of Land O’Lakes SXSW brand activation doesn’t make sense at first, I’m right there with you. After all, it’s a company--known for butter--referring to Nicolaus Copernicus, the man who discovered back in the 1500s that the sun, rather than the Earth, was the center of the universe.

Take a deeper look, however, and it begins to make sense: Copernicus was a seeker of the truth, and so, too, is Land O’Lakes as a company, they say, seeking truth about our food system.

They first sparked a conversation about the impacts of food choices at SXSW in 2018 and continued that dialogue this year with an immersive, three-day activation exploring the common bonds between health, technology, food production and food security. One unique feature of the activation was that all three days were open to the public, giving everyone the opportunity to listen in to talks, as well as participate in evening events like a special light-and-sound installation with Austin’s DJ Mel. Judging by social media photos tagged #copernicusproject alone, attendees had a literal ball (the giant ball pit with a slide looked like too much fun!).

Valerie Bihet has more than 20 years of experience in the management, design and production of special events that communicate and achieve her client’s objectives. Originally from Paris, Bihet founded Vibe, an event design and destination management company, in Miami in 2004. Since then, she has grown the company to eight employees and produced more than 1,100 events throughout the United States, Europe, Mexico, East Asia and South America. Her clientele includes global brands such as Dior, Cartier, Jaeger-LeCoultre, LVMH, Coty, L'Oréal, Barclays, Banco Santander, McCain, Merck and Thea Pharmaceuticals, among others. She received her master's degree in marketing and business administration from the Sorbonne University in Paris.