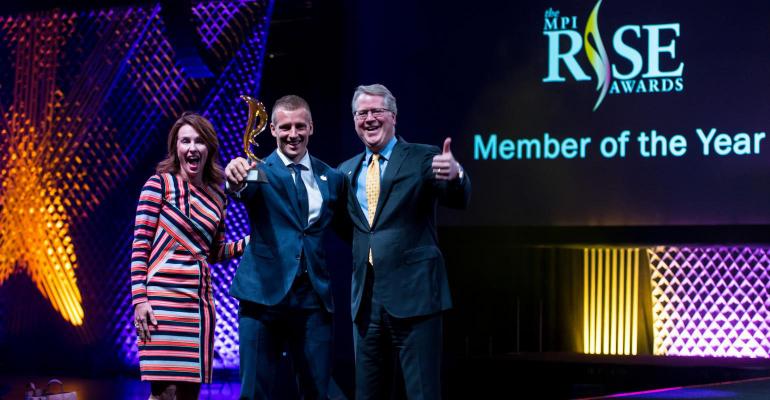 MPI honors industry excellence during the 2018 WEC in Indianapolis.

The honor for RISE Award Member of the Year went to a founding member of the MPI Poland Chapter, Wojciech Liszka. He is the founder of hospitality business consultancy Z-Factor and co-creator and co-organizer of the charity Poland Business Run. He also led the development of Meetings Week Poland, served as chairman of the Business Council at the Warsaw School of Tourism and Hospitality Management, and was a lecturer for the university from 2011 to 2015.

Michael Owen, managing partner of business event producer EventGenuity and a familiar face at MPI, earned the RISE Award for Meeting Industry Leadership for the global impact of his work on the MPI community and beyond over more than two decades. Owen has held … MeetingsNet