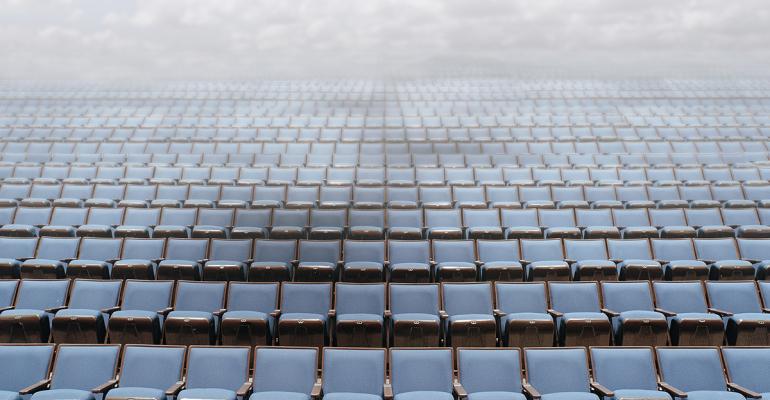 The painful fallout from the scaled-down presidential conventions also shows the need for political action for special events.

Bright lights, balloon drops, bloated speeches—all traditional features of U.S. presidential conventions--won’t be around this year. What will also be missing: a slew of special events that normally accompany these confabs.

The Democratic National Convention, taking place Aug. 17-20 in Milwaukee, has turned into a shell of its original plan. News last week included the fact that the DNC’s slate of speakers has been cancelled, and presumptive nominee Joe Biden will accept the nomination from his home state of Delaware.

In early March, event pros from Milwaukee to Chicago were excited about supplying a wealth of special events. But as COVID shutdowns marched across the U.S., hopes for as much as $200 million coming in the market were dashed.

“Unfortunately, there will be practically nothing,” says longtime event pro Bill Pry, based in Chicago. “Maybe the Dems will give Milwaukee a second nod in 2024. They worked so hard up there.”

The story is much the same in Charlotte, N.C., which will play host to a scaled-down Republican National Convention Aug. 24-27. Like Milwaukee, Charlotte was eyeing some $200 million flowing in thanks to the GOP event. But those hopes are gone.

STING FOR CHARLOTTE The situation is especially painful for the Charlotte market, which staged a blockbuster array of special events for the 2012 Democratic National Convention.

The 2012 DNC “could not have been a bigger opportunity for us to show the country what we were capable of as an events community,” says Dan Hooks, CERP, president of rental powerhouse Party Reflections, with offices in Charlotte and Raleigh/Durham, N.C. “It represented a $600,000 week for our company, and we were hoping for even bigger numbers almost a decade later with the RNC. Our crews worked literally 24/7, and we set up a lounge area and kitchen for them to relax between shifts. We created memories many of us will never forget.”

But the 2020 convention has fallen flat. “The huge boost we were looking for this summer to get us back on track from the spring losses is not going to materialize,” Hooks explains. “At this point, the only RNC activities that we will host are the business meetings that will have very little effect on the events community.”

Especially poignant, the company’s work on the 2012 events paid off in several ways. “Many of our current capabilities were shaped during events like the DNC, and many of the events that Charlotte was able to entice to our region came after we successfully pulled it off,” Hooks explains. “It has been very discouraging watching a very unique and significant event like the RNC disappear before our eyes, knowing we will not get another chance to host it for years to come.”

The loss of events at both the DNC and RNC is hitting the events industry hard. Both the DNC and the RNC were “thought to be the ‘get-well pill’ for the event industry," explains Jay Howard, founder and president with CSM Productions of Harrisburg, N.C. “But that’s just not coming.” While it’s hard to forecast where the industry will be in a year, he warns that there will be “a lot fewer people” in the event industry.

TIME TO GET POLITICAL? The miserable aftermath of the convention cancellations is emblematic of the COVID catastrophe facing the live events industry.

“The cancellation of the Republican and Democratic National Conventions is just a small example of the negative impact that COVID-19 has had on the travel and hospitality industries,” according to a statement released today by Chip Rogers, president and CEO of the Washington-based American Hotel & Lodging Association. “Now these cities stand to lose out on millions of dollars. In 2020 alone, state and local governments nationwide are expected to lose nearly $17 billion from the drop in travel. With business travel not expected to resume at normal levels until 2023, hotels and local economies in conference and convention markets will be pushed to the brink of collapse. That’s why it is vital that Republicans and Democrats come together to provide additional relief for industries impacted by this unprecedented health crisis.”

The live events industry is indeed now taking political action, with the Live Events Coalition leading the way. The group—which represents the spectrum of event pros from businesses to freelancers—has been staging demonstrations in cities around the U.S. to show Congress the clout of the industry, both in payrolls and revenue. Read more here.