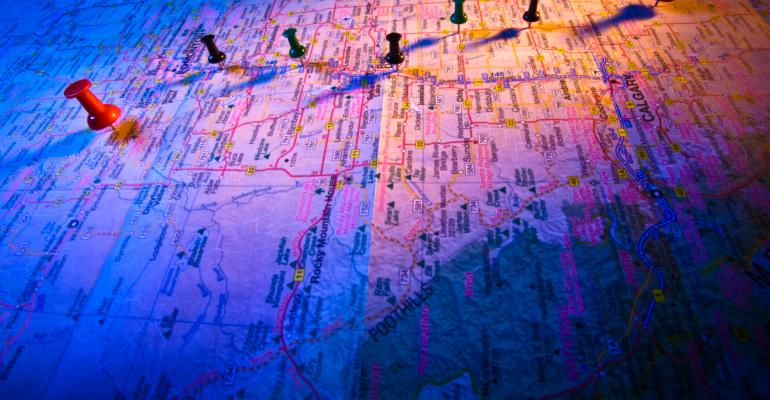 Big DMC Pacific World has singled out top destinations for events in 2018, with Spain and China high on the list.

Big DMC Pacific World, featured on the latest Special Events “25 Top DMCs,” has singled out top destinations for events in 2018, with Spain and China high on the list.

According to data, feedback and insight that Pacific World has collected over the past several months, Spain will continue to be the top destination in 2018 in Europe, followed by Greece and France.

China will be the most demanded destination in Asia Pacific Region, with Thailand and Hong Kong following as the third and fourth countries on the list.

Peru is emerging as new destination and shows a significant growth in popularity receiving 7 percent of requests globally, the country is expected to see continued growth in 2018 as demand increases, according to Pacific World.

WHERE BIG GROUPS WILL GO Pacific World has determined that the most popular 2018 destinations for events with more than 1,000 attendees include Spain, Singapore, Hong Kong, Korea and the United Kingdom.

Greece leads the list of top destinations with 250 to 500 attendees, followed by Spain, the United Kingdom, Singapore, Indonesia and Indochina.

French groups in particular are most interested in events in Spain and United Arab Emirates, Pacific World says.

TECH WILL BE TOPS In 2018, Pacific World will look beyond technology to also focus on fostering personal connections, the company says. While the use of technology remains important for events, the company has seen a shift in the way clients are approaching travel. Attendees are now more experienced travelers who are looking for fulfilling experiences that deliver emotional engagement and provide opportunities to immerse in the culture and heritage, interact and learn. In January, Pacific World plans to release new Engagement Trends Report, based on recent client feedback and data.

“In 2017, Pacific World continued to focus on creativity and innovation,” said Patricia Silvio, global marketing manager of Pacific World. “We are looking forward to raising the bar even higher in 2018, as we find new ways to exceed the expectations of our clients and deliver experiences that offer a new level of connection and interaction. An important part of our business is to consistently monitor industry trends and design programs adapted to the market needs.”

TOP SPOTS FOR 2017 Spain was the most demanded destination in 2017 and received approximately 20 percent of requests worldwide, Pacific World says. Barcelona and Madrid were the most requested cities in Spain, with increasing interest in Malaga and Tenerife. The United Kingdom and France fell behind Spain as the second and third most requested European countries in 2017.

In the Asia Pacific, China led as the most popular destination and was second to Spain as the most demanded country worldwide. Spain and China were followed by Thailand, Indonesia and Singapore and as the top five destinations of 2017.