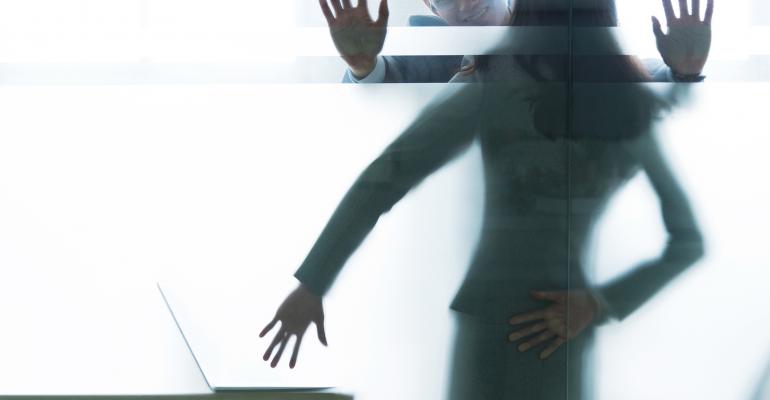 Survey Shows Majority of Women Meetings Execs Have Been Harassed

Some 56 percent of women executives in the meetings industry say they have been harassed on the job.

It goes way beyond show business and politics. According to a survey just related by our sister publications group, MeetingsNet, 56 percent of female meeting executives say they’ve been sexually harassed in a professional environment:

While last fall’s #MeToo moment took down high-profile sexual harassers in the entertainment and political realms—414 in total were publicly outed as of the end of June, according to a study by crisis-consulting firm Temin & Co.—victims are across all industries. And as we learned from our survey, that most certainly includes the meetings and convention world. As one respondent commented, “Almost every female producer I know who’s helped install a lavalier mic on an executive has been verbally harassed with lewd comments about it.”

In fact, 40 percent of respondents believe that those involved with the meetings industry are even more at risk than those in the working world at large, due to what Courtney Stanley, owner, CS Consulting, calls a “perfect storm” of late-night events, free-flowing alcohol, and people being away from their families and everyday work life … MeetingsNet