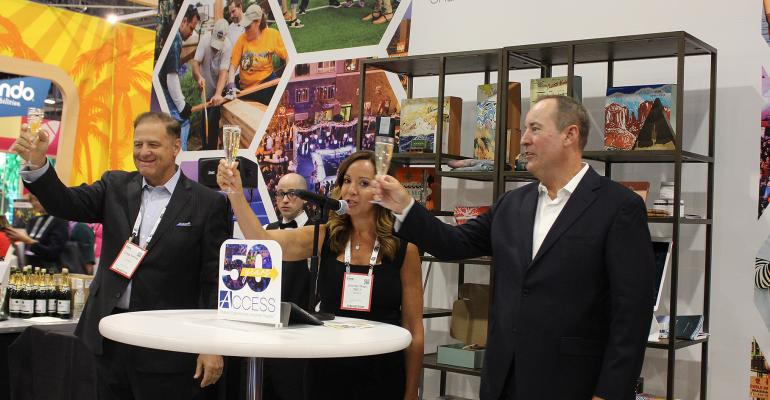 Experiential marketing agency George P. Johnson, based in Auburn Hills, Mich., has announced that John Romero as vice president and account director in its Los Angeles office, overseeing GPJ’s auto business, as well as growing the agency's work in technology, e-sports and entertainment.

Related: The State of the DMC Industry: Part II

David Schwartz has been named director of group and incentive sales at the Haven Riviera Cancun Resort and Spa, Quintana Roo, Mexico.

Big foodservice and facilities management company Sodexo, headquartered in Gaithersburg, Md., yesterday announced a North American Single-Use Plastics Reduction Plan that will eliminate single use plastic bags and stirrers by 2019, polystyrene foam items such as cups, lids and food containers by 2025, and shift straws to a “by request” item while moving toward more sustainable materials. “As a company serving consumers in universities, workplaces, hospitals, schools, stadiums, and so many other venues, we understand both the potential impact we can make through a commitment to reduction and the real benefit that some of these products bring to people every day,” said Ted Monk, vice president for corporate responsibility.

Event Pros Take Action, which teams event professionals to rebuild communities in need, has announced two work projects for 2019. On Jan. 11, the group will provide a day of fun for troubled teens at Convenant House in Los Angeles. From March 16-20, EPTA will work to rebuild homes in San Juan, Puerto Rico.

Rich Packer has been named president of American Metalcraft, based in Franklin Park, Ill.