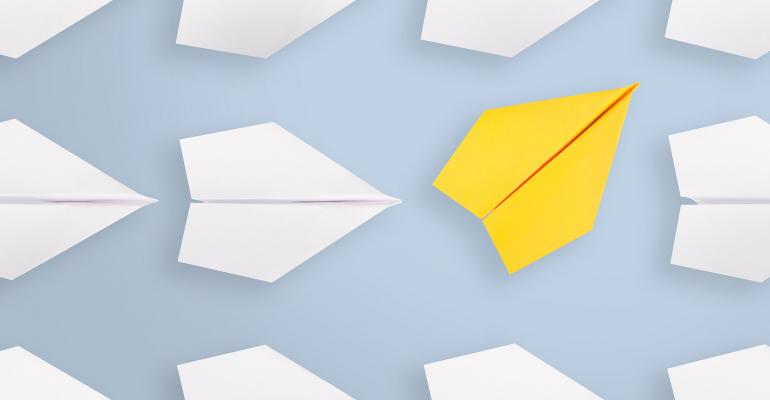 Vanessa Lovatt has been named chief evangelist of London-based Glisser, with responsibility for expanding the company’s work in hybrid events.

A California native, she moved to Hawaii in 1968 to work as a dental hygienist, but found her true calling in production design. She worked as a continuity artist for KGMB and then transitioned to the music business, working for local promoters to produce the biggest acts of the 1970s and 80s--mostly at the Waikiki Shell. She also worked on the famous Diamond Head Crater Festival in the early ’70s.

She joined Theatre Technic in Honolulu, where she was a pioneer in the field of special event design. She supported some of the early big events in Honolulu, such as the Mrs. Hawaii Pageant, as well as the first big incentive programs to come to the islands.

Coons moved to New Jersey in 1987 and then on to Orlando, Fla., 1989, where she founded Patti Coons and Associates. She expanded the company to include offices in Cancun and St. Thomas by the end of the '90s and changed the name of her company to PCA Events Caribe

Coons moved back to Hawaii in 2003. She served as chairman of Nalu Creative from 2011 on.

She won many Special Events Gala Awards, including “Top Event Professional” in 2003.

She was a founding member of ISES (now ILEA), a particular source of pride, and served as the international president 2005-2006.

“Anyone that knew Patti knew how much she loved her friends and family,” said daughter-in-law and business partner Rebecca Coons. “They meant everything to her.”

She is survived by her son, Kevin, daughter-in-law Rebecca, grandchildren Nic, Taylor and Deb, and great-grandsons Isaac and Elliot.

Many in the event industry share tributes to her:

Kevin Hacke, The Special Event: “When I started at ISES, I sat down with some of the past international presidents to get the history of the organization and the evolution of the industry. Patti was so gracious with her time, and gave me a full history of the start of all of it. There was a group of about 30 people who banded together to start the organization and really begin the codification of the profession. Lots of people claimed membership in the ‘Dirty 30,’ but Patti knew all of the charter members. They were business competitors and collaborators--many from visual arts and theater--and they found each other by working together or bidding against each other for work in the early years of the profession (late 1970s – early 1980s). Many got their start working on fundraisers for philanthropic organizations, which morphed into paid work with corporations whose leaders were attendees and donors for the philanthropic organizations. And that is how the event industry got its ‘official’ start!”

Cher Przelomski, CSEP, Planning Factory International: “Patti was a pioneer in events--so well respected, smart, funny, multi-talented. Her insights, history, contributions and style are integrated into the fabric of the industry today. We will miss her but also thank her for helping to build the industry.”

Lisa Perrin, Special Events Magazine: “Patti Coons was truly a wonderful and creative lady. She was always there to lend a hand and a kind word. She will be missed!”

Andrea Michaels, Extraordinary Events: “I met Patti when she saved my ass. I had an event in Orlando, Fla., and my planner/producer informed me on a day’s notice that he had accepted another job in New York. The only person I knew of in Orlando was Patti, and I called her and said ‘help.’ I had no idea what had been done--actually nothing--and told her I’d be on next plane. I had a concept proposal and it needed to be delivered. Patti jumped in, worked on calling upon all her resources, and we delivered a great event in less than 48 hours. She barely knew me but what evolved was a deep friendship both professionally and personally. Patti was generous, and I remember that more than her creativity, innovations or skills. She was loving, forgiving and light of heart. People flocked to her because she was sheer happiness. I have so very many stories that it would be a book, but I can only say that if you didn’t know her, it was a loss. And now, losing her is a personal loss for many like me.”

Dorene Collier, Event Show Productions: “Patti Coons was an inspiring person in my life. When I first started my business, I met with her and she gave me advice about the event industry. I looked up to her as this strong woman who was so creative and motivating not only for me, but for everyone in the industry. She was an icon who set the standard and paved the way for so many in our field.”

Paul Creighton, CSEP, T. Skorman Productions: “Patti Coons was a woman of many gifts. She was a talented event producer, a wonderful designer, and a tireless advocate for our industry. But more than all of those things, she was a teacher. The number of people that she ‘taught’ over the years will be hard to calculate, but I know that she never cared who you were or how much experience you had. If you were lucky enough to be standing next to her, there was something to learn. I know, because I was one of her pupils. Thank you, Patti, for everything you did for our industry. Your shoes will be hard to fill.”

Carol McKibben: “I'd like to say as the launching publisher of Special Events Magazine and The Special Event, Patti Coons was one of a kind. You could trust her to tell you her honest opinion. She was creative, talented and a lifelong friend, and she will be greatly missed in the community in which she devoted so much time and effort to help grow from its early beginnings. Patti was one of the pioneers. Much love to Rebecca and Patti's family. The world just grew darker without her.”

PCMA has will host the “Recovery Discovery” digital broadcast on Sept. 16, an ongoing campaign of research, reskilling, event experimentation, and education to help members through the pandemic and beyond Find details here.