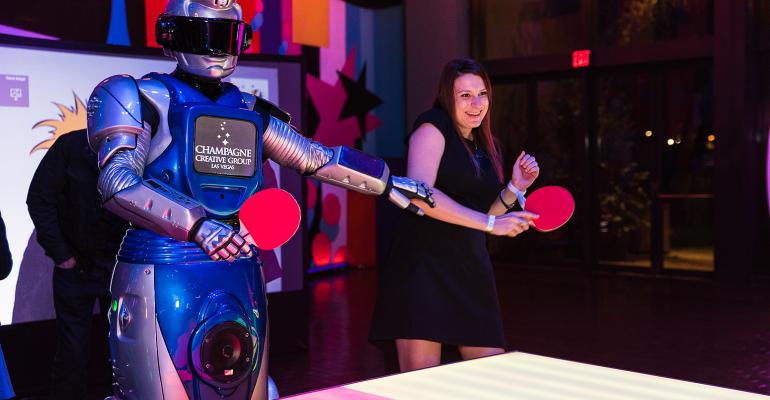 Start Slideshow ›
The Closing Night Party at The Special Event 2017 in Long Beach, Calif., has an EDM vibe thanks to producers Infinity Events and Party Pals, along with a posse of supporters

In January, nearly 5,000 event professionals from around the world converged in Long Beach, Calif., for The Special Event conference and trade show. And wrapping it all up--with a bow--was the "Urban Playground" Closing Night Party spearheaded by Infinity Events and Party Pals.

The theme reflected the "where the street meets the beach" culture that Long Beach is known for and included references to iconic Long Beach landmarks such as Grand Prix, The Pike, downtown, Aquarium of The Pacific, and Shoreline Park--all with a distinct EDM (electric dance music) influence.