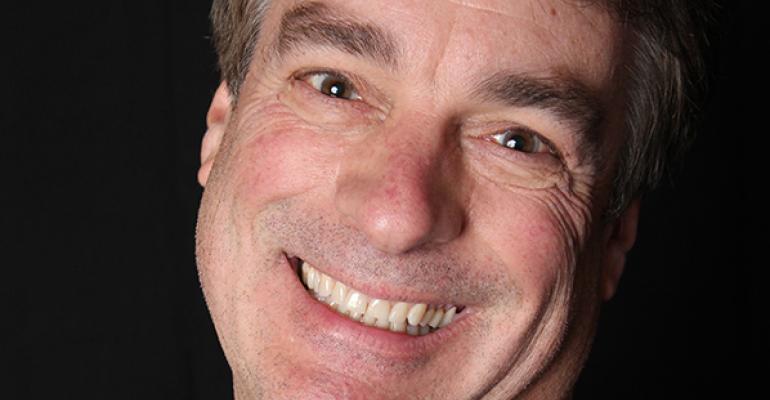 3 Impossible Challenges and How to Overcome Them

Impossible obstacle? Not with the right approach, says Gene Lundgren of Aquarian Production and Entertainment Services

We live by the phrase: “Challenging environments, extraordinary events.”

Why? Because we thrive on turning challenging circumstances into successful shows for our clients. Whether it’s an emergency, a weather-related incident, or a last-minute cancellation, when plans go up in flames, we’re ready to execute the unthinkable. Here are three scenarios where we’ve done just that.

Dealing with a Major Emergency
It was the week of the Sept. 11 attacks. Our team was producing an investor conference in Washington. We were in the midst of a general session when the attacks occurred. Needless to say, we were in a state of emergency.

First course of action? Remove the high-profile public figures and government officials from the room. Next, we stopped the meeting and promptly set our video image screens to air news station CNN so everyone could watch the news with the rest of the world.

After several hours post-initial shock, it became apparent that the audience would not be leaving the hotel. All transportation was cancelled. All logistic deliveries—including food—to the hotel were cancelled.

We still went forward with our scheduled luncheon so all the guests would be fed. Then we kept them in the ballroom as a safety measure. We conducted a crisis meeting for clients, hotel staff and our crew to determine the next course of action.

A team was quickly assembled to clean out the hotel freezers and refrigerators. With the ingredients on hand, a potluck dinner was prepared for the guests that night, as well as breakfast the following morning. By that time, we were able to release guests from the hotel to find their own transportation home. For some, this process took several days.

Four days later, our team came back to the hotel to tear down production equipment once we were allowed to bring trucks back into the city again.

During the tremendous shock of this catastrophe, our team secured the safety of our attendees, provided for their food and shelter and aided in transitioning them to make their way home. We hope to never execute an emergency plan of this grandeur ever again, but we’re ready to keep our audience safe, regardless of the circumstances.

Dealing with Dangerous Weather
It was gearing up to be a country music extravaganza. The talent was Rascal Flatts. The location was Dallas—an outdoor event, of course.

Related: Are You Prepared for When it Gets Real? Event Crises and How to Cope

Right at show time, a major thunderstorm hit. The lightning was incredible! We had to evacuate the audience into a small barn facility.

We promptly coordinated with the band and got them to do an unplugged version in the barn. Rascal Flatts … unplugged?! Things were looking up.
We opened up the bars for attendees while we set up rudimentary equipment. The band performed an amazing set and saved the night. We’re talking minimal equipment, no special effects to support their vocals, just raw talent. In total, there were 17 trucks full of production equipment unused, which was incredibly different than our expectation.

So why was this so successful? We protected public safety first by moving the audience before they were endangered by the storm and accomplished extreme teamwork with the band to save the night. It was our Apollo 13 moment, to say the least.

Dealing with Cancellation
Talk about plans going up in flames.

We were producing a show in Las Vegas with comedian Billy Crystal when he was injured in an accident just a couple days before the show and could no longer perform. We broke out the Aquarian fire hose and wasted no time putting out the fire.

We had 48 hours. It was a lot of communication in a very short period of time. We alerted the client and immediately began making phone calls. Between client communication, making calls, getting client approvals and securing legal documents, we were a busy crew!

We secured longtime “Tonight” show host and comedian Jay Leno to perform in his place, and Leno put on a fantastic show. Our clients considered that a very good save! So did we. It was our reasonability, flexibility, decisive action and most of all our knowledge of artists and industry relationships that allowed things to happen quickly and run so smoothly. The show was a success!

You really never know what’s going to happen at an event. Aquarian is no stranger to a Plan B (or Plan C for that matter). Whether it’s a state of emergency, bad weather or injury, a good team should always prepare for the unexpected.

Related: Cancel or Continue? What to Do When Crisis Hits your Event Site

Gene Lundgren is president of Aquarian Production and Entertainment Services, a Shepard Co., based in Great Falls, Va. He has more than 30 years of experience in corporate entertainment and event management. Throughout his career, Lundgren has worked in various interrelated capacities to produce and manage conferences and specialty events for U.S. and foreign governments, major corporations, nonprofit groups and international associations, from national associations to presidential inaugurations. In addition, Lundgren has worked with top name entertainers and speakers, from Paul McCartney to Bill Gates. In 2016, Aquarian was acquired by Shepard Exposition Services, and Lundgren continues to serve as Aquarian’s president.

ARE YOU AND YOUR BUSINESS PREPARED FOR AN EMERGENCY?
Oct 01, 2005